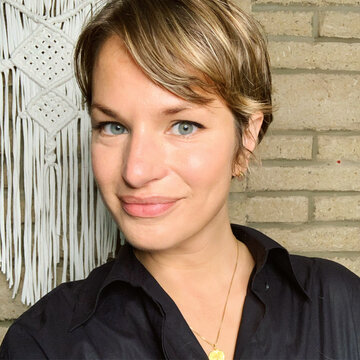 Check availability and get a free quote now - no commitment to book
From£180
Watch & Listen
About Elizabeth
Reviews
Home page
Elizabeth Hungerford
Like Elizabeth?
Watch & Listen
1-2 of 2 videos
Wilford Social - Turn Me Around (live)
Peabody Consort at the Kennedy Center

Elizabeth (Bethie) sings everything from renaissance polyphony to jazz to indie music. Elizabeth has a degree from Peabody Conservatory.
Singer (Soprano)
London

Praised for her “clarion” (Washington Post), “pure” (Opera Now), and “refreshingly natural” (Göttinger Tagesblatt) sound, soprano Elizabeth Hungerford has been described as a “an outstanding and original interpreter of Purcell . . . and a fine Monteverdian” (Early Music, Oxford University). Elizabeth specialises in early music as a soloist and in small ensembles. Elizabeth completed her studies at the Peabody Conservatory, where she studied with William Sharp and was awarded the Early Music Department’s annual Award for Excellence. Recent solo engagements include a solo concert at the Santa Cruz Early Music Festival, performances with Grammy-nominated Seraphic Fire and Spire Chamber Ensemble in the United States, the Göttingen Historical Music Series in Germany, at the Teatro Olimpico in Italy with the fifty lutenists of the European Lute Orchestra, singing modern premiers of Baroque music with Ballo Baroque in London, with the Catacoustic Consort at the Indianapolis Early Music Festival, with the award-winning Eya Ensemble for Medieval Music, and a one-per-part performance of Bach’s St Matthew Passion at the National Cathedral in Washington DC. Elizabeth’s repertoire ranges from medieval chant to contemporary masterworks, with a particular focus on the early Baroque and Renaissance periods. Before moving to London in 2011, Elizabeth was a soloist and chorister at the Basilica of the National Shrine of the Immaculate Conception and the Washington National Cathedral in Washington, DC. Whilst in Washington, Elizabeth sang with the Washington Bach Consort, the Folger Consort, and gave solo performances at the Kennedy Center and Strathmore Mansion. A founding member of Eya Ensemble for Medieval Music, Elizabeth has also performed with Gut, Wind and Wire (a subset of the Baltimore Consort) and a variety of Baroque and modern ensembles throughout the DC and Baltimore area. Elizabeth has been featured on fifteen recordings to date. Elizabeth’s most recent disc, “Love and Lust” was recorded with viola da gambist Andrew Arceci in London. Tailoring repertoire from the Renaissance and early Baroque to accommodate viol and voice, this unique disc explores a new sound of old music. The disc can be found on iTunes and CD Baby.

Hungerford has a pure voice and is a spirited communicator in both English and Italian. She uses her instrument effectively, investing an essentially white tone with some splashes of colour by adding vibrato and crescendi

Hungerford’s voice is crystal clear, a perfect counterfoil for the gamba’s smokily rich timbre; she proves herself, in I attempt from love’s sickness to fly to be an outstanding and original interpreter of Purcell, and, in Quel sguardo sdegnosetto, a fine Monteverdian.