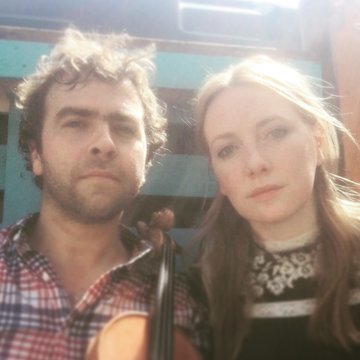 About Elie Rees and James Delarre

James Delarre and Elie Rees are a new and exciting pairing of accomplished musicians from two differing backgrounds. James is a very well known established figure in the folk music scene and regularly performs alongside the very top musicians of the genre, playing violin and mandolin he brings a superb understanding of melody and a great sympathy for the harmonic content of a song. An exciting and dynamic performer he is in high demand as a session musician and has lent his skills to many an artists album as well as music for film and television. Elie Rees has a fast growing reputation as a formidable songwriter and performer, her voice is full of emotion and passion and will deliver a song with considerable power and at times great tenderness. She is heavily involved in the Americana scene and has recently signed an album deal with Ginger Dog records to produce her debut solo album.  Together they have a thorough understanding of what makes a song work and will pass the lead roles between them throughout their performance. Their passion for the material and their desire to share this with the audience will leave you with a feeling of having witnessed something truly intimate and special.

We had James and Elie play us down the aisle with a special request and it was exactly what we asked for.