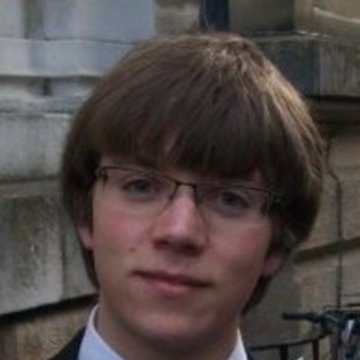 Educated at Sherborne School and Queens' College, Cambridge, Edward Hughes studies choral direction with Paul Spicer and voice with Robert Rice. He is co-founder and co-director of the Godwine Choir, and has recently conducted the Merbecke Choir of Southwark Cathedral and the Chapel Choir of St. Catharine's College, Cambridge. Edward also performs as a tenor soloist and consort singer. He is an accomplished orchestral musician, having served as principal oboist of the University of Cambridge Musical Society and musical director of the University of Cambridge Philharmonic Orchestra. Outside music, he is pursuing a PhD in theoretical physics at Queen Mary, University of London.