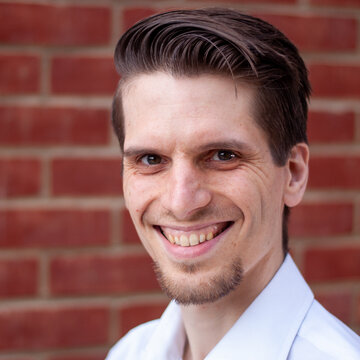 I am a self-employed pianist and organist living in London. I grew up in Edinburgh, and lived for three years in the US.
3 of 3 photos
Pianist
Guildford
Verified profile

Duncan completed his Master's degree in accompaniment at the RCM in 2016, studying with Kathron Sturrock. He performs a wide range of music, from continuo (Handel's Dixit Dominus, July 2017); to contemporary settings of Shakespeare by Rob Busiakewicz performed with prize-winning tenor Joel Williams; to a solo piano suite by Stanley Bate. He enjoys all music, but has a particular affinity for English composers. He is currently working on improving his jazz piano skills, and learning music for live streaming performances on the internet. He graduated with a Bachelor's degree from Birmingham Conservatoire in 2013. While in Birmingham, Duncan regularly accompanied others in classes, lessons and competitions. He played for a flautist's final recital, which included Jolivet's Chant de Linos. He accompanied many external recitals: part of Schubert's Die Schöne Müllerin and Finzi's Till Earth Outwears; The Nailmaker, by Midlands-based composer Robin Grant; and he accompanied baritone Themba Mvula in songs by Quilter and Copland, and cellist James Douglas playing Beethoven's 7 Variations on 'Bei Männern', and Schumann's Adagio and Allegro. Duncan spent the year between his degrees working in Edinburgh as an organist. In April 2014 he organised and performed a recital of Liszt's piano cycle Harmonies Poétiques et Religieuses. In August, Duncan accompanied soprano Ruth Hopkins performing Michael Tippett's The Heart’s Assurance, and songs by Purcell, Ireland and Britten.

Duncan was a great addition to the choir, he blended well with the group, which is so often not the case with deps. I would highly recommend him.

Verified
Will P, 5 years ago

Ruth Hopkins and Duncan Appleby are true artistic partners who bring an imaginative theatrical vision to the vocal recital.

Duncan is an accomplished pianist and excellent accompanist. I have enjoyed working with him over several years and would recommend him highly.