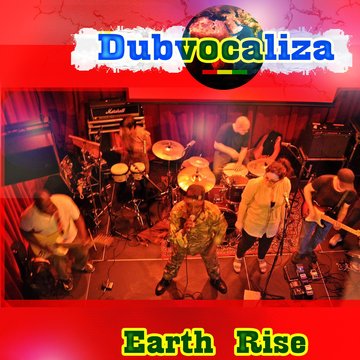 This is an exciting, worldly, and spiritually potent fusion, dub- reggae band. Dubvocaliza affectionately known as Dub-V was started in 2004 in London United Kingdom. They represent what is magical about live music, the magic connections and expressions which touch people at their core. The message is optimism, love, peace, universal healing. The band fused reggae and dub with poetry, fused with intent and resolve, all loved up and trippy. Dub-V is a prolific band that set the mood and match the moment with songs about real life situations, the music is relevant and captivating with booming bass-lines dub and rhythm. There are 9 members in the band, all from different parts of the world, diverse backgrounds and countries ( Jamaica, United kingdom, Poland, Italy and Spain. They have recorded 5 albums to date and has has performed to outstanding acclaim at numerous music festivals and venues throughout the United Kingdom and parts of Europe.