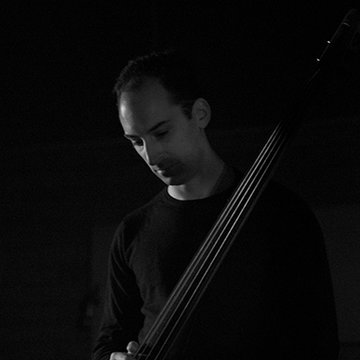 Doug is a sought-after and versatile double bassist and bass guitarist based in London, United Kingdom. After studying music at the Royal Welsh College of Music & Drama, during which time he was awarded both the Ernest & Doris Haigh Memorial Award and the HTV Study Award, as well as distinctions in his Honours Degree and PG Diploma, Doug began his career with a European tour of the musical ‘Cabaret’. Since then he has performed in productions across Europe, the UK and the West End as varied as ‘Miss Saigon’, ‘The Witches of Eastwick’, ‘Acorn Antiques: The Musical’, ‘The Rocky Horror Show’ and, most recently, in the award-winning London production of ‘Titanic’. Doug has performed alongside famous faces including Marti Pellow, Richard O'Brien, Kenny Thomas, Ria Jones, Ramin Karimloo, Lee Mead, Lara Pulver, Kerry Ellis, Bobby Davro, Jack Foley, Richard Shelton and Suzie Kennedy, to name but a few. As well as a huge number of musicals, Doug also plays regularly with London’s finest swinging big band, the Denmark Street Big Band, and appears on several rock and pop albums by Welsh artists Mark Ruebery and Stephen Wheel. "Doug...makes everything feel just right...manages to make every song he plays on sound better because he's there." Rhythm Magazine

Approximately 15 minutes for myself, depending on the size of the space.

Yes. All instruments, either acoustically or with amplification.

Certainly, given enough time if it needs to be from memory. If sheet music or chord charts are provided, I am an excellent sight-reader.

Reliable and punctual, did the job very well.

Doug...makes everything feel just right...manages to make every song he plays on sound better because he's there.

Reliable and punctual, did the job very well.