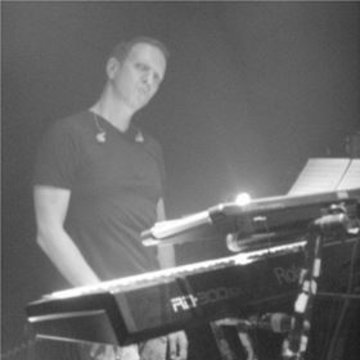 A pro keyboard player, with pro keys and a lap top running Logic Pro and Ableton Live if needed. I'm a fast learner and easy to work with.
Keyboardist
London
Verified profile

I’m a well trained musician, I studied 12 years classical piano, 3 years harmony and music theory at Rimon College of Jazz in Israel. Later on I studied film scoring for 2 years at the UCLA in California. I’ve been one of the leading musician in Israel and worked with top singers  for major productions/shows as well as TV. One of my biggest success was founding, managing and being the composer and arranger for a most successful girl band in Israel – “Chamsa” Internationally, apart from touring with Israeli singers, I accompanied John Lydon (Sex Pistols) on his USA tour. I worked as a musical director at Habima – Israel’s National Theatre as well as in other repertoire theatres. Some of the musical theatre productions that I musically produced became big hits (“Fiddler On The Roof” – with Topol, “The Full Monty”, “Song & Dance”, “Merry Lou” and many more). I also produced and composed the music for many kid’s musicals. One of my shows –“Wish Upon A Prince” was translated and adapted to English and is now performing throughout the UK. In 2007, I established Overtone – a school for singers -  in Tel Aviv which is still a big success. The school has over 1000 graduates, some of them found their way into the Israeli entertainment industry. The school has collaborated with the Israeli popular TV show – Pop Idol. In 2011, I moved to the UK and since then I’ve founded “G’zang” which is a sing along live show, “Wish Upon A Prince” – a children’s musical, I play with a Blondie tribute band and record keyboards as a session player. I also own a recording studio in which I record and produce my music as well as recording and producing voice-overs and dubbing projects for the UK and Israel.

Verified
Emma B, 1 year ago

We just wanted to say a huge thank you for all you have done for us. You were so reliable and professional and we were so grateful to have you there for us on the day. We really appreciated your flexibility, sorry it didn’t quite go to schedule! We can’t quite believe how amazing you all were!! We were so worried having never heard you live before but it was so much better than we even imagined. Once again we cannot thank you enough. All the best, Emma and Danny

You guys were AMAZING!! Everyone loved you and even our directors commented on how good you all were! You really played to the crowd and got everyone on there feet! We honestly cannot thank you enough for giving our event such a brilliant atmosphere!! Kind regards Sezen Cafer Project Lead (Lifestyle & Innovations) Head Office

What an amazing band. Best birthday party ever. Dedicated and committed singers, who gave all they've got to create such a magical party. Outstanding singers. Thank you very much DNA. I love you!

An amazing band. Super professional, high end singers. Crowd was on the dance floor throughout the night. Will definitely use and recommend DNA party band.