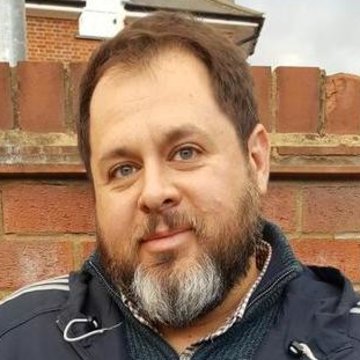 Check availability and get a free quote now - no commitment to book
From£200
Watch & Listen
About Derek
Questions (10)
Reviews
Home page
Derek S. Henderson
Like Derek?
Watch & Listen
Watch
Listen
1-2 of 2 videos
Sparafucile duet from Rigoletto (Verdi)
Acis & Galatea 1. O Ruddier than the Cherry 2. Cease to Beauty to be suing

Derek S. Henderson is a bass-baritone from the Republic of Panamá who possesses a big, rich voice.
3 of 22 photos
Singer (bass)
Luton

Derek S. Henderson, bass-baritone, is from the Republic of Panamá. He moved to England in 2006 to study voice with David Pollard and has performed throughout England and in Italy, Kenya, the USA, and Panamá. In addition to a variety of opera roles, ranging from early Mozart to the very modern, Derek enjoys exploring the concert and song repertoire, especially the later songs of Shostakovich.

I have received feedback that people are impressed with the power, richness, warmth, and immediacy of my voice and the expressiveness of my performances.

I always try to be flexible to ensure that you are happy. If timings change, let me know and I will do my best to accommodate the change.

No, sorry, I do not have the resources to offer an iPod/DJ service.

Ideally I would have about 10-15 minutes, in a separate space, to warm up.

Yes, my performance will be tailored to your wishes.

Unless I am to sing a cappella, I need accompaniment in some form. If I need to provide my own accompanist and/or keyboard, there will be an additional cost.

Yes, absolutely. I would need to have the music at least 2 weeks in advance of your event to ensure it is learned to a professional standard.

The singer I would most expect to see performing next week at the Royal Opera House was bass baritone Derek Henderson, a twinkly-eyed bear of a man from Panama with great stage presence and rich, resonant vocal tones. He brought such a sad dignity to the role of Don Quichotte and also performed a wonderful trio from Offenbach’s 'Tales of Hoffmann'

Derek S Henderson is the deepest of bass baritones, singing a little known aria from Halévy’s La Juive, in the thrilling resonant rich tones which we associate with Russia, although he is in fact a Panamanian by birth. ... Derek S Henderson singing so movingly as [Massenet's] Don Quichotte ... the glorious trio from Offenbach’s Les Contes D’Hoffmann, with such exciting melodies and again so well acted and sung by ... Derek S Henderson.

it works for me, as did the considerable authority that Derek Henderson stamped on the character of Olin Blitch

These three main characters are ably supported by an excellent supporting cast, notable among whom are Derek S Henderson’s grimly malevolent Sparafucile.

Singer (bass)s in the UK