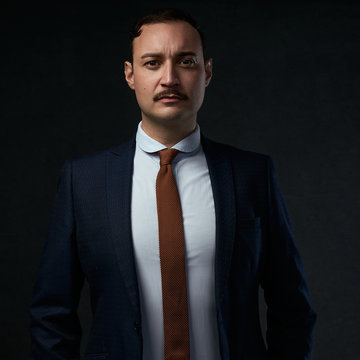 Davide Basso is a London based Italian tenor. Originally from Vicenza, he studied singing in London at Middlesex University, and is currently under the guidance of Marcus Van Den Akker (Royal Academy of Music, Guildhall School of Music and Drama). He has performed regularly both in the UK (Royal Albert Hall, Barbican Hall, Cadogan Hall) and Italy (Teatro Verdi in Padova, Teatro Comunale in Vicenza, Teatro Cilea in Reggio Calabria, Teatro Malibran in Venice) with Opéra de Baugé, Dockland Sinfonia, Ormond Opera, Silver Symphony Orchestra, Casanova Venice Ensemble. Through the years he had the pleasure of providing the musical entertainment for a variety of clients, including runways for major fashion houses, gala performances and fundraising soirées, political events, as well as for private celebrations for members of the royal family. His repertoire includes opera arias, as well as songs and musical theatre, in English, Italian, German, French, Spanish, Portuguese and Russian, but special requests in any other language are welcome!

Davide provided the best entertainment for our event, leaving all guests in awe of his powerful voice and charismatic presence... I cannot recommend him enough!

Juliet B, 1 year ago

I wanted to give something special to my daughter for her wedding, something that money can't buy, a special memory to cherish for year to come, and Davide managed to create that with his gorgeous voice and captivating presence. He enchanted all the guests and gave them lots to talk about for months after the wedding. He is the most professional and kind performer, I will certainly book him again for my next special occasion.