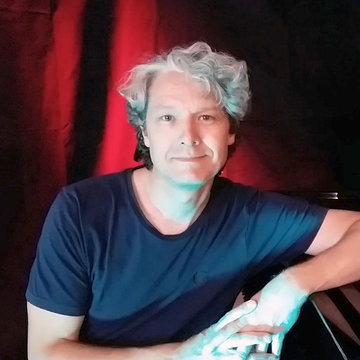 David brings the taste of London's great jazz and cabaret venues to your event with his inimitable poise and personality.

With decades of musical experience to his name, David Vaughan brings a wealth of talent and professionalism to every performance. Having trained initially at the Royal College of Music, David went on to develop his skills firstly as a pianist and keyboard player in jazz, rock and pop, and more latterly as a singer. David has performed in choirs, symphony orchestras, big bands and combos, but it is more recently that he has touched the high points of his career with performances singing at the piano at major London venues such as the famous Pizza Express cabaret venue The Pheasantry in Chelsea, as well as long-standing London jazz venues such as The Bull's Head in Barnes and Oliver's Jazz Bar in Greenwich. He has released two records of his own music but is equally at home with classics from the American jazz songbook which form the backbone of his current solo act.

Sentimental Journey
Have You Met Miss Jones
Angel Eyes
Love Is Here To Stay
They Can't Take That Away From Me
Lover Man
Let It Snow! Let It Snow! Let It Snow!
Unforgettable
God Bless The Child
She's Funny That Way
I'm Beginning To See The Light
Skylark
What A Wonderful World
Nice Work If You Can Get It
Put On A Happy Face
A Taste Of Honey
Our Love Is Here To Stay
Misty
The Way You Look Tonight
My Funny Valentine
Nature Boy
Witchcraft
Satin Doll
Moon River
Hello Dolly
I Got Rhythm

David put on a great show when he supported us at The Troubadour. He has real stage presence, a unique voice, and can really interact with his audience. A very professional, easy-going guy.

AB
Ann B
3 years ago, for a Corporate event in Traps Ln

We were really pleased to have David perform as part of our 150th anniversary celebrations at Malden Golf Club. His set of classic jazz numbers went down a treat, a real talent! Very friendly and professional too.