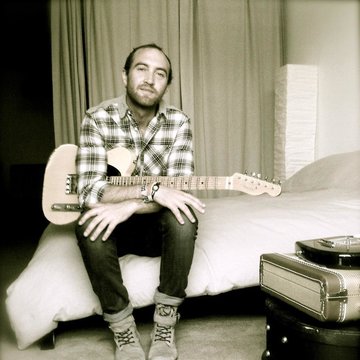 Touring guitarist from LA that's now back in London, ready to teach and perform.
Guitarist
London

Danny Wagstaff is a guitar player from Manchester England. At an early age he found his love of music and started learning to play the guitar. He has been playing guitar for over twenty years in bands around Manchester, professionally and for fun. For the last 6 years he has been living and working in Los Angeles as a session guitarist/music writer. In the last 18 months, he has toured America and Canada over 10 times playing over 300 shows and had the pleasure of sharing the stage with some amazing musicians (Billy Idol, Dave Navarro, Good Charlotte). He has recorded music for television and radio and been featured in TV commercials. While playing guitar in the Hollywood music scene he has played in many different bands and learnt a lot of different styles of music. He has released two albums in America working with two great producers, Mark Needham (Fleetwood Mac, Imagine Dragons) and Ryan Williams (Slash, Pearl Jam). His work has been played on radio stations all over America and reaching number one twice on LA’s local station KROQ. In his spare time, he has also enjoyed teaching one to one private guitar lessons, teaching from beginner to intermediate.