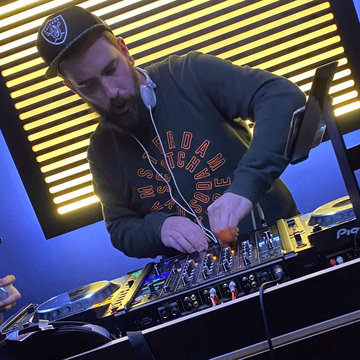 With 15 Years of service in the music industry including Artist Management & Event Promotion, Danny Kay has left his mark behind the scenes in the UK’s underground music scene. Working with some of the Biggest artists in EDM From all around the world & also Performing at some of the most well known venues around the world including FABRIC, Ministry of sound, Melkweg, P60 & many many more. Wether it’s playing to 50 or 50,000 Danny Kay will without a Doubt create AWE in any crowd he comes across! Coming out of behind the scenes 2020 will Prove to be one of the biggest years from this artist. He’s now focusing solely on his own development after spending years developing others. Already Becoming approved by the biggest nightlife company in the UK “Deltic” that owns some of the most well known clubs in the UK. “ATIK” “PRISM” & “Bar&Beyond”aswell as “Chicago’s” “Liquid” and “Envy”. 2020 will most definitely prove to be an amazing year for Kay.

The months of preparation and curation to make sure the night goes down flawlessly.

Fabric, ministry of sound, egg, p60, melkweg, remix and many many more.

I take influence from most genres of music. From country to rap. My specialty is EDM.

Absolutely. This is a really popular request and we actually offer this service for free. If you'd like a DJ service via our PA after the final set until the venue closes, we provide this for an additional £200. Payable at the event.

No. You need to be specific in your booking. PA Hire comes at extra cost.

An amazing DJ! Plays to the crowd! Makes sure everyone’s always partying and has a smile on their face! Created an amazing atmosphere that seemed to stop any trouble giving the doormen an easy night! Will 100% book again!

Well what can I say? Truely amazing. Atmospheric experience!

DJs in the UK
DJs in Norwich
DJs in Suffolk
DJs in Ipswich
DJs in Norfolk
DJs in Colchester
Company
Discover
Download
Join us on
© Encore Technologies, Ltd.
Crafted with bagels and in London