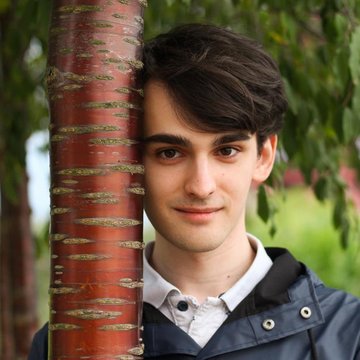 Final year Flute/Recorder player studying as a scholar at the Royal Academy of Music. Graduating with BMus (Hons) and LRAM in 2021.
3 of 12 photos
Flautist
London
Public liability insurance of £10 million

Being an active instrumentalist, I have been invited to perform with and alongside leading UK ensembles and orchestras including the Britten Sinfonia, London Symphony Orchestra, London Philharmonic Orchestra, New Chamber Opera, Armonico Consort and London Musical Theatre Orchestra. I was deputy chair holder in ‘A Christmas Carol’ at the West-End’s Dominion Theatre and recently recorded the music for the show ‘Upstart Crow’ starring David Mitchell. As a multi-instrumentalist, familiar with a range of musical styles, I have worked and recorded alongside artists including Damon Albarn (for ‘Later with Jools Holland’, ITV), Maurice Steger at the Gstaad Menhuin Festival, and with Parandrus Consort, recording medieval and renaissance music for BBC Radio 3. I currently perform as a flautist, recorder player, baroque flautist and study South Indian Carnatic Music with Madhusoodanan Satchithanandan.