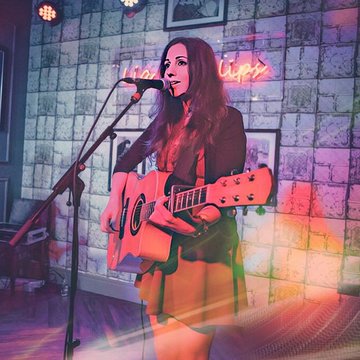 Dana McKeon is a versatile singer, songwriter & international beatboxer, having ranked in the Top 5 at the 2012 Beatbox World Championships.
3 of 6 photos
Beatboxing
London

Dana McKeon is a singer-songwriter and a top-ranking international beatboxer, having secured her spot in the Top 5 at the 2012 Beatbox World Championships. Being a versatile touring artist, Dana has performed at high-profile events for the British Royal Family and large-scale concerts such as MTV Music Week, the London Paralympics and Lovebox Festival. Her songwriting and production credits include two No.1 hits in Europe and song placements in short films and on TV networks including NBC Universal and ABC. To date, Dana has featured with the likes of Bruno Mars, John Newman, Rudimental and James Arthur.

Brixton B, 6 years ago

Dana had the crowd in a frenzy with her original, quirky beats blended with singing