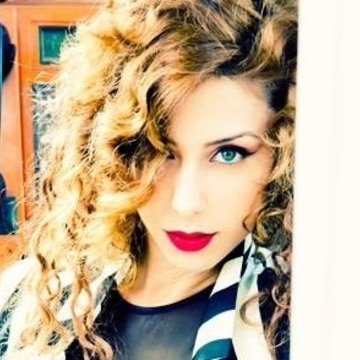 The soul catching Israeli songstress and world class Dana Elle moves hearts and touches souls with her original compositions of R&B, Soul and Groove. British producer Femi Temowo who is known for his success with artists Amy Winehouse, The Roots and George Benson produced her 2nd critically acclaimed international album "Wake Up!" With recent performances in Tel Aviv, London (the famous Ronnie Scott's Jazz club) and the U.S (Hollywood & Beverly Hills) she has been captivating audiences with lively and dynamic shows moving the crowd to dance and lift their voices in song, spreading the message of letting go of our pasts, moving forward and living our dreams! With her Crowdfunding project "Dana's World Corporation" she was pleased to have the unexpected opportunity to work with artists from around the world such as Poogie Bell (drummer of Erykah Badu), Sterling Crew (Keyboardist for Santana), Bennet McClean (violinist for Faithless), John Moon (worked with Amy Winehouse, Mark Ronson) and many more! In 2013, Dana released her debut Soul, Jazz, R&B Album "SWAN," assembled from 8 songs which she wrote and composed. It was produced by Yossi Fine (who worked with legendary artists, David Bowie and Lou Reed). This album received the "Discovery of the Year" on 88 FM Radio and her most played single "Maybe" was Titled "Song of the Year" on Kol Israel 106 FM.

“She reminds of an early Lianne Le Havas or Corrine Bailey Rae, with some of the newer material clearly influenced by the same underground UK electronic beats that have contributed to the careers of Jessie Ware or Jamie Woon. Her voice is pure soul powerhouse, but it's softened by her acoustic guitar playing and between-song banter.”