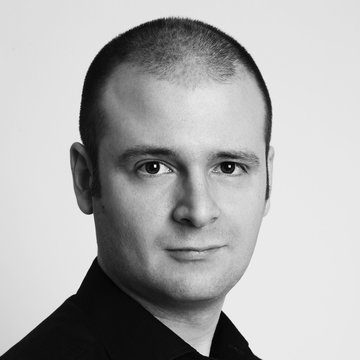 Costas works as a concert, silent film and jazz pianist and as a composer and arranger for film, the stage and the concert hall.
Pianist
London
Public liability insurance of £10 million

Costas studied piano with Hamish Milne at the Royal Academy of Music, London, and with Oxana Yablonskaya at the Juilliard School, New York. He has given many solo and chamber performances in this country as well as in Austria, Italy, Greece, the USA, Australia, New Zealand and Nigeria. His acclaimed debut solo piano album was released in February 2009 under the JCL Records label, and features works by Rachmaninov as well as his own ‘Toccata’, which he also recorded for YouTube. He has recorded repertoire for BBC Radio, as well as the piano solo work, ‘Cross hands’, for a CD of music by British composer Nicholas Sackman, released on the Metier label. Costas regularly provides live improvisations to silent films at BFI Southbank, which have included numerous films screened at the London Film Festival, and he has also accompanied silents at other major British venues such as the Barbican Centre and Prince Charles Cinema as well as in New York, Warsaw and northern Italy. In 2007 he provided a piano improvisation to sections of the Budget Speech, aired on BBC Radio 4. Since completing his Master's Degree in Film Music Composition at the Royal College of Music, Costas has been composing original music for British short films, most recently the 28-minute animatic, "Bedward Story" (2015), directed by Lee Guilliland. For this film, Costas created a full orchestral score also featuring choir, and consisting of almost continuous music which he programmed, mixed and recorded himself. It received its highly successful premiere screening at the Covent Garden Hotel in May 2015. Costas has also scored the modern silent, "The Projectionist" (2012), directed by established British director Jamie Thraves and premiered to much acclaim at BFI Southbank in October 2012. In addition, Costas has spent time working as an assistant to film composer Trevor Jones. Costas continues to expand his portfolio of concert compositions: his orchestral piece, "Sylvan Reflections", was premiered by the Hemsted Forest Youth Orchestra in February 2014. It was commissioned by Benenden School, Kent, to mark the 25th Anniversary of the orchestra, and it was inspired by the theme of the forest. Costas himself gave the world premiere of his piano solo piece, "Hommage à Chopin", at Lampeter House, Wales, in August 2010 and performed it at Fairfield Halls – among other London venues – in October 2011. His choral work, "St Paul’s", received its world premiere at Guildhall, London in November 2009. Other past performances include his "Three Impressions" (for accordion and piano), premiered at St. Martin-in-the-Fields on Christmas Eve 2004, his Cantata, "Faith, Hope and Love" (for two sopranos and chamber orchestra) at St Nicholas Church, Chiswick in December 1999 and his "Elegiac Romance" (for cello and piano) at the Wigmore Hall in April 1995. For more information please visit www.costasfotopoulos.com

...accompaniments on the piano are still provided for silent classics at the National Film Theatre. And the champion at that is the young classical pianist-composer Costas Fotopoulos...

So many superlatives come to mind to describe the playing of Costas Fotopoulos in the third Rachmaninov piano concerto: the effect was simply stunning...