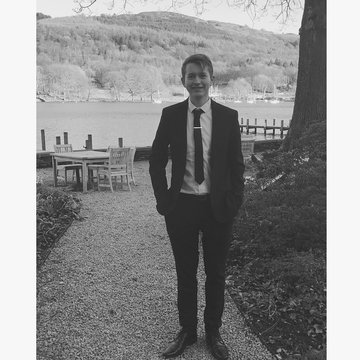 Corey Gerrard is a highly in-demand musician across Yorkshire and Greater Manchester. He has recently relocated back to the North West after three years living and working as a musician in York and the surrounding areas. Corey graduated with a B.A., Hons music degree and has a wealth of experience as a musician, from working as an instrumental tutor in the Wigan borough, playing at multiple churches across the North West and Yorkshire, playing keyboard in wedding and function bands, playing and directing choirs, regularly playing and musically directing musical theatre performances. Having played for his first wedding in 2012, Corey has played at multiple venues across the North West and Greater Manchester, including Castle Howard, Carlton Towers House, St Michael le Belfrey, National Railway Museum, The De Grey Rooms, The National Centre for Early Music and many more both indoors and outdoors. Corey is able to create the perfect ambience for the most important part of your day, his repertoire includes contemporary, pop, rock, jazz standards, well know show tunes and classical piano music. He will play music tailored to your specific requirements, adding a personal touch to your wedding. He is happy to arrange any requested music for your wedding. Even if it's not a piano song, Corey is capable of making an elegant piano arrangement for your wedding ceremony. Corey is also happy to collaborate with singers and instrumentalist upon request and even accompany family and friends at your special day. Corey has a professional black stage piano and portable speaker system which can be used both inside and outside. He is also happy to play on a piano already located at the venue or hire a grand piano for your special day. A microphone is available upon request for solo singers, speeches and announcements.

Variety of music to suit the event.

We always try our best to be flexible to help ensure your event runs as smoothly as possible. If timings change slightly in the run-up to the event just let us know

Absolutely. This is a really popular request and we actually offer this service for free. Please note this is will not be a DJ service, it will be simply a playlist of music played through the PA system.

I usually set up about 45 mins to 1 hour before your guest arrive.

Our set lists are crafted from countless performances and learning what works best to ensure guests have an amazing time. However, we're definitely happy to chat through and make sure we find what works for your event.

Yes, absolutely! I bring my own instrument and speaker system.

Yes of course! I am happy to create custom arrangments to make your day special.

Standard Prices
All prices include:Black Stage Piano, Speaker system with microphone. I am happy to accommodate your own choice of music.

'I would also like to give credit to Corey Gerrard who conducted the SJR Concert Band for the first time. He showed confidence, professionalism and led the band very well. So well done Corey, keep it up!'

'The orchestra are a pleasure to listen to from start to finish and must be commended for their quality of performance.'