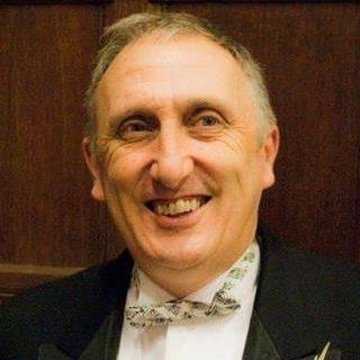 I'm a conductor, composer and instrument repairer with a lifetime of experience playing brass and percussion.
3 of 18 photos
Composer
Taunton

Colin's arrangements of our medleys for full orchestra from piano score were excellent, original and creatively scored, and stood up to theatre use to enhance dramatically the quality of our production - many thanks Colin!

A quick thank you for Colin. Behind the scenes of our recent production of Jesus Christ Superstar, Colin produced, edited, arranged, wrote or re-wrote rehearsal backing tracks to assist our production team towards the eventual success of the show. Nothing was too much trouble, despite our requests for tempo amendments! Thanks Colin - and you weren't bad on the drums in the pit orchestra either!

Colin Dance has worked sensitively and professionally with us over the last few years arranging scores for our recent assembly book and for one off commissions, always considering the mood or relevance of a piece and succeeding in our endeavour to keep each piece unique. He has arranged songs for piano as well as writing further parts for voice or for a particular instrument or ensemble. I would be more than happy to recommend 'Dance is With Music' services. Dan Callow www.onelifemusic.co.uk

Hi Colin, Thought you'd like to know, Midnight in Moscow for trombone trio has had two public airings by our band so far, and both went down very well; first in a concert, then in an entertainment contest (which we won!). Great arrangement - liked by all. Thank you! Best wishes Colin Coates

Colin is a very versatile musician, composer, music arranger and musical director. As a sideline he is engaged in repair and care of brass bånd instruments and other musical artifacts. His musical direction of brass bands is second to none in my long experience of brass bands. I wish him well.

Can I just once again say what a fantastic job you did with my ancient (Hawkes & Co 'Clippertone)' trumpet - it's very impressive indeed, and my grandson is absolutely delighted with his Christmas present. He didn't stop playing it the whole time he was here (!) and has now taken the trumpet back to America with him and will be having lessons on his return to school. I can't thank you enough. The difference in the condition in which you received the instrument to how it was when I received it back is amazing. Thank you so much - you made a little boy and his grandfather very happy! Dr J R Telfer, Lympstone, 2012.