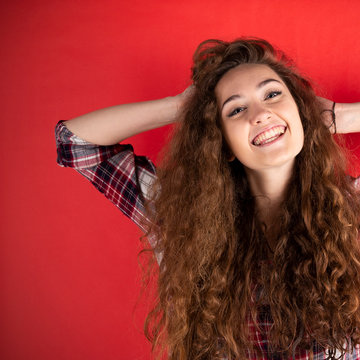 Cloudy is an up-and-coming artist pioneering the introduction of a new sound: progressive soul with a touch of pop, looking for work in LDN.

Cloudy is an up-and-coming London artist pioneering the introduction of a new sound: progressive soul with a touch of pop. Whether accompanied by drums and bass, or solo, Cloudy delivers one thing that other artists don't: the non-stop set. The songs flow from one to the other through beautiful improvised transitional sections, allowing the music to breathe and do the talking for itself. It truly is a captivating continuous mix of original material, packed with push-and-pull, catchy hooks and beautiful melodies inspired by her Colombian heritage, designed to catch your attention and stay in your head for days. Cloudy's music is influenced by Estas Tonne, Tom Misch, The Skints and KT Tunstall, and has received attention from BBC Introducing London, All Star FM, The Huffington Post, GIGsoup, Music of the Future, Pure Magazine and Vents Magazine so far. She has performed nationwide this summer supporting Dodgy, The Hoosiers and Toploader during the Foodies Festival national tour. However, she is also active in her local community, performing at numerous London venues including Omeara, Hoxton Square Bar and Kitchen, Notting Hill Arts Club and The Garage, and it was at one of these shows that she was scouted for a songwriting scholarship at Berklee College of Music. She is now signed with Talent Banq, a brand new live agency with an ethos she shares: music is about collaboration, not competition. Cloudy is proudly endorsed by G7th Capos.

You To Me Are Everything
Billie Jean
Feel Good Inc
Shape of You
Sweet Dreams
Build Me Up Buttercup
Dancing Queen
Don't Look Back In Anger
Stand By Me
Too Young
60's Mashup
Beggin'
Rolling In The Deep
Fix You
Ain't Nobody
Bubbly
Somewhere Only We Know
A Thousand Years
Toxic
Zombie
Valerie
Cannon Ball
Use Somebody
I'll Be There For You
Runaway Baby
Iris
I Don't Wanna Miss A Thing
Safe & Sound
Girls Just Wanna Have Fun
Apologise
Break Even
Please note - this is just a sample of my 30 most popular requests.

Cloudy Galvez played at our pub on a Saturday night and went down a storm with our customers. the atmosphere she created was great and I would defiantly recommend to others! thanks again the QH Team

We asked Cloudy to play at our wedding in 2016 because we had previously had her play in the pub we ran and loved her performances. Not only did Cloudy accept but she asked what songs we would like, put her own twist on them and sent them back to see what we thought. Cloudy singing as I walked down the isle made my day very special, it was personal and sentimental. Everyone commented on how professional and beautiful her voice was, we are looking forward to seeing her again in the future!

You were awesome at my birthday party.

Galvez’s vocals and phrasing are staggeringly beautiful, a sonic confection of pure elegance

The 21 Year old is truly a marvel