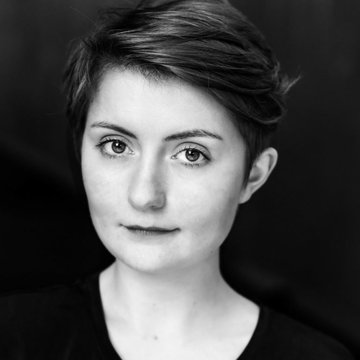 Born in Bromley, South-East London, Claudia began her violin studies at the age of five at the Bromley Youth Music Trust, learning with Louise Esias, Jonathan Josephs and Geoffrey Lynn respectively. At age eighteen she received a scholarship to study for her BMus with Jack Liebeck; having graduated with First Class Honours, she subsequently received Distinction in her MA studies with Clio Gould. During her studies she was supported by the Countess of Munster Musical Trust and the Albert and Eugenie Frost Trust. Claudia is currently the 1st Violinist of the Halcyon Quartet, who are currently participants on the Davey Posnanski Quartet Scheme at the Academy. They made their debut on BBC Radio 3 in 2015 and are the 2017 recipients of the Eaton Square St Peter’s Prize. In August 2016 she stepped in last minute to play 2nd Violin with the Heath Quartet and clarinettist Jean Johnson for a performance of Brahms’ Clarinet Quintet. As an orchestral musician Claudia has performed with the English Chamber Orchestra, Britten Sinfonia, Aldeburgh Festival Orchestra and London Sinfonietta, and in April 2016 was Concertmaster for the Academy Symphony Orchestra in the Menuhin Competition Senior Finals. During early 2015 she helped mentor the Young Orchestra for London, working with Sir Simon Rattle and musicians from the Berlin Philharmonic. She is currently a guest player for the New World Symphony Orchestra in America. Alongside her violin studies Claudia is also a proficient conductor, singer and pianist; she has completed her ABRSM Diploma in Piano and previously taken second-study vocal and conducting lessons at the Academy. In 2015 she took part in a series of conducting masterclasses with Alice Farnham, Jane Glover and Sian Edwards, and in the summer of 2016 was assistant conductor for a three-week workshop with OperaUpClose and The North Wall.

Claudia conducted a string sectional for Basement Orchestra at short notice. She was very organised, responsive and communicative which was really helpful, given the lack of time! The players found it a very valuable rehearsal and we would definitely ask Claudia again.

Classy, played a great selection of music and extremely well

Incredibly huge thanks to Claudia for bringing my music to life!