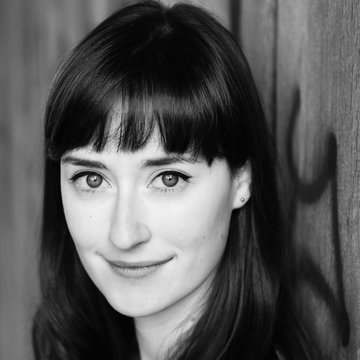 Emerging soprano in London, with wide experience performing at weddings and concerts and a Masters from the Royal Welsh College of Music
3 of 7 photos
Singer (Soprano)
London
Verified profile

Clare Treacey is a young Irish soprano with a vibrant and exciting voice. In August 2016, Clare made her professional European debut with the Estonian National Symphony Orchestra, singing the role of Despina in "Così fan tutte" at the Birgitta Festival in Tallinn. Her performances have been described as “sublime” (David Winskill, Opinion8) and “striking” (Simon Ames, Surrey Advertiser). Having graduated from a Masters in Vocal Studies at the Royal Welsh College of Music and Drama, Clare moved to London where she is currently studying with acclaimed mezzo-soprano Alison Wells and vocal coach Liz Rowe. While in Cardiff, she studied with soprano Suzanne Murphy and coaches Cameron Burns and Angela Livingstone. Thanks to her vivacious onstage presence, Clare has been cast in many opera roles throughout the UK and Ireland. Recently, Clare performed the role of Pamina in Hampstead Garden Opera’s production of “The Magic Flute”, with emerging artists Christopher Stark conducting and Toria Banks directing. Clare sang the role of Poppet and a Narrator in Welsh National Youth Opera’s production of “Paul Bunyan”, which won the prestigious Royal Philharmonic Society Opera Award in 2013. Other opera highlights include Susanna in "Le nozze di Figaro" (Dulwich Opera Company); Belinda in “Dido and Aeneas” (Woodhouse Baroque Opera Academy); Despina in "Così fan tutte" (Black Cat Opera Company); Nannetta in "Falstaff" (cover, Black Cat Opera Company); Barbarina in "Le nozze di Figaro" (Opera Seria); Helena in "A Midsummer Night's Dream" (Opera in the City); Susan in "A Dinner Engagement" (Bute Park Opera); Frasquita in "Carmen" (Opera’r Ddraig); Sandman in "Hansel and Gretel" (Bute Park Opera); La chauve-souris in "L'enfant et les sortilèges" (Bute Park Opera); Cupid in "Orpheus in the Underworld" (Opera’r Ddraig); Euridice in "Orpheus in the Underworld" (DIT Conservatory of Music and Drama); and Papagena in "The Magic Flute" (DIT Conservatory of Music and Drama). A diverse and expressive singer, Clare has appeared on the concert platform as the Soprano Soloist in Bach’s “Christmas Oratorio” and Vaughan Williams’s “In Windsor Forest” with Andover Choral Society; Mozart's "Litaniae Lauretanae" and Haydn's "Creation Mass" with In Voco Parentis; Mozart’s "Vesperare solennes" and "Spätzenmesse" and Beethoven’s "Mass in C" with Bristol Cathedral Concert Choir; and Karl Jenkins’s "The Armed Man" with Cor Bro Ogwr. She has appeared as a soloist with the award-winning Trinity College Singers and has sung as part of the BBC National Chorus of Wales. Clare has performed at the First Night of the Proms in the Royal Albert Hall, in the Wales Millennium Centre and the Dora Stoutzker Hall in Cardiff and in Ireland’s National Concert Hall. She has sung in the presence of the Prince of Wales and the Duchess of Cornwall, and for Presidents of Ireland, Michael D Higgins and Mary McAleese. Clare has had much success with competitions in Ireland, winning prizes and commendations in the Soprano Solo, Thomas Moore Cup, German Government Cup, Wilson Opera Ensemble, Marchant Vocal Trio and Oliver O’Brien Choral competitions in the ESB Feis Ceoil. In March 2012, Clare won the Overall Award and Wadden Bursary at Arklow Music Festival. Clare regularly sings for Music in Hospitals and Care, a charity which brings the joy and therapeutic benefits of live music to people in nursing homes and day care centres.

Clare Treacey as a solo singer provided a musical framework for our wedding ceremony. She has a beautiful voice and great control of her pitch and tone, and created a unique atmosphere. Also, her suggestions for the choice of music were perfect for our church wedding. Where there was no background accompaniment music, Clare effortlessly played a guitar herself and sang at the same time. Don't let her youth fool you, she is truly a professional, came to our church rehearsal and did exactly what you'd hope for a quality professional. Top Marks. The guests loved it especially her Ave Maria. Thank you kindly Clare for making our wedding ceremony music special.

The guests loved it, especially her 'Ave Maria'... Her suggestions for the choice of music were perfect for our church wedding.

Your vast musical knowledge, your experience and your professionalism made the planning process easy, as you were able to steer us towards the perfect songs for our ceremony. We would highly recommend you!

Pamina [is sung by] the heavenly Clare Treacey – listen out for her sublime ‘Ach, ich fühl’s’.