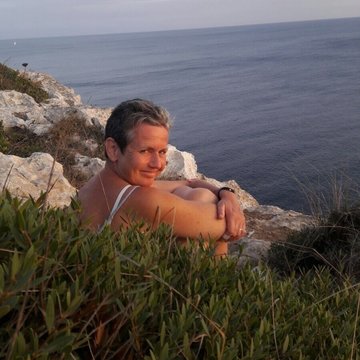 Clare is a freelance orchestral oboist and cor anglais player who also works as a professional choral singer, accompanist and teacher.
3 of 3 photos
Oboist
London
Public liability insurance of £10 million

CLARE HOSKINS - oboe and cor-anglais Clare Hoskins read music at Trinity College, Cambridge, where she was a choral exhibitioner. Having then trained and worked as a primary school teacher, she left teaching to become a post-graduate student at the Royal Academy of Music, where she studied the oboe with Tess Miller and the cor anglais with Christine Pendrill for two years. Clare has worked extensively as a freelance player, including many years with Glyndebourne Touring Opera, Garsington Opera, and the Brighton Philharmonic Orchestra, as well as performing as an extra player with English National Opera, the orchestra of the Royal Opera House, the BBC Concert Orchestra, the Royal Philharmonic Orchestra, City of London Sinfonia, the London Mozart Players and the City of Birmingham Symphony Orchestra. Clare still works in education, teaching for Camden and Haringey Music Services and taking part in music workshops and outreach projects for orchestras with which she plays, and for Create Arts, a charity which aims to transform the lives of disadvantaged people through the creative arts. Clare lives in Cricklewood with her husband – the conductor Paul Hoskins – and their three children, who are all musicians, too.

Clare Hoskins has a clear ringing voice, excellent sight-reading, and wonderful attention to the details of text and meaning. Apart from being a warm and responsive human-being, Clare is an invaluable member of any vocal ensemble in terms of raising the game of her fellow colleagues, and also a highly competent soloist in her own right.

Clare was recommended to me by a fellow conductor and and I hired her to play Principal Oboe in my recent performance of Handel’s Samson. She did an excellent and thoroughly professional job and fitted in well with the rest of the orchestra, which was also professional.

Verified
Alan A, 2 years ago

From ALAN ARMSTRONG Clare Hoskins has played her oboe and sung for me in a number of concerts. For oboe, works have included ‘A Child of our Time’, the Brahm’s Requiem, Appalachian Spring in the original chamber orchestra version, ‘Knoxville Tennessee’ by Samuel Barber and ‘A Little Night Music’ by Dallapiccola. In August 2018 she was the soloist in Vaughan William’s Oboe Concerto in the Festival en Haute-Allier which I conduct annually in the Auvergne. Above and beyond her thoroughly sound technique, what I valued most of all was the beauty and luminosity of her tone. Her dancing, joyful interpretation of the work was much appreciated by the orchestra and audience alike. For singing, works have included the role of Venus in a staged performance of ‘Venus and Adonis’ by John Blow, Duruflé’s Requiem and ‘Musicians Wrestle Everywhere’ by Elliott Carter. Clare sings beautifully and with wonderful commitment. This quality is unmissable. I cannot recommend her highly enough as someone who has both the ability and the dedication to get to the heart of a composer’s work.

Verified
Martin B, 2 years ago

She (Clare McCaldin) is accompanied by three brilliant musicians who each bring skill and mastery to a fiendish score: Heidi Bennett on Trumpet, Gabriella Swallow on Cello, and Clare Hoskins on Oboe / Cor Anglais. They manage to bring life and vigour so powerfully to each of the sections of the piece, from melancholy to madness, each working in great synergy with each other and McCaldin.

Clare Hoskins is one of the most professional and amenable colleagues I know. Her playing is totally reliable and unfailingly musical, whilst at the same time, she is a highly-responsive member of an ensemble, often galvanising those around her to her high standards. She approaches her work with the greatest humility, with never a whiff of arrogance.

Clare Hoskins is a wonderful musician and oboist - her oboe playing combines absolute ensemble precision with a gorgeous, warm, lyrical and singing tone. Clare empathises brilliantly with new music, bringing to it her great knowledge, experience and understanding of classical orchestral and ensemble music - thus she understands and adapts rapidly to the different aesthetics of today's composers. It is always a pleasure to work with Clare Hoskins.

Clare Hoskins is a wonderful oboist and cor anglais player with a fabulous sound, an excellent technique and a deep musical perception and insight

Alongside such a powerful vocal performance, the musicians still manage to make their mark. At times, it felt like Gabriella Swallow's cello followed Mary, eccentric, at times hyperactive, at others mournful, with bursts of percussive noise and staccato reaction. Meanwhile, Heidi Bennett (trumpet) and Clare Hoskins (oboe and cor anglais) possessed a kind of heraldic grace - at some of the opera's most poignant moments, Bussey skilfully combines these forces, as if Mary has to give in, smothered by the court machine. At other times, he has the players hold back totally, giving McCaldin the space to sing out into the church unaccompanied.