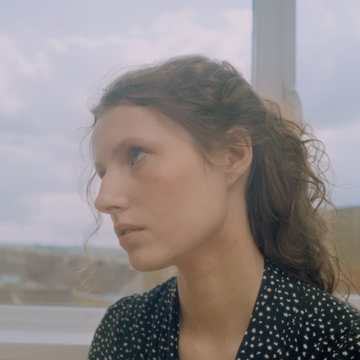 Professional indie-folk musician with a background in classical music. I regularly perform at festivals/ large venues across the UK.
3 of 4 photos
Singer
London

I'm Clara, a 20 year old professional indie-folk musician, and often tour either on my own or with my band- I play guitar and sing. My repertoire ranges from traditional folk to more contemporary singer-songwriter stuff. I grew up in France, listening to Edith Piaf, Jacques Brel, and Barbara, so I have a wide repertoire in France too, and I'm a trained classical pianist (I did my Grade 8 at 15). I released my debut EP a few months ago, with Sad Club Records, and the last few months have been wonderful- I've been touring across England and have plans to tour the USA and EU in the coming year. People tend to comment on my voice after a performance- which is obviously transferrable to any genre!- and I just love performing and sharing music with people. I also teach piano to little children, and am a confident pianist- I've been playing since I was tiny, accompanying myself and other people. I now write and perform mostly alt-folk music, just me and my guitar, but I also try to do as much classical/ non folk music as possible. My favourite performances so far include opening for Far Caspian at Lafayette in London, and for Natalie Bergman at St Matthew's Church in Manchester- and I'm really looking forward to playing at Celtic Connections in Glasgow in January. I feel music has an incredible ability to connect us, and in these strange and lonely times, it has been a real solace to be able to play, and, when possible, to perform.

My voice and my on stage presence.

Just let me know as soon as possible, and I'll try to accommodate- I am always open to a conversation about these things!

Ideally half an hour/ an hour, depending on the venue and the set up.

I have a standard setlist according the genre chosen for the occasion, but as long as you give me some notice, I am happy to chat and add some specially chosen songs to the set.

I bring my own guitar, and if it's acoustic, then that's all I'll need! If you'd like me to play mic-ed, then I will need a vocal mic and a guitar mic all set up. If it's a piano set, I won't need anything expect the actual piano!

Sometimes, if I'm given enough notice, then yes- again, I'm always happy to chat! There is an additional fee of £30 to take into account rehearsal time etc...

Standard Prices
All prices include:Up to 3 unique song choices for your occasion.

Clara plays for our Christmas Party every year, and we absolutely love her bubbly personality and her lovely, clear voice. Her repertoire combines old classic singalongs (which everyone really gets into!) and more casual, laid back choices, which set the mood perfectly towards the end of the evenings. Clara is always welcome at the parties, and we look forward to seeing her again next year!

Verified
Felix B, 1 month ago

Having heard about Clara through a friend who'd seen her play, we booked her for my son's 21st last week- and I have to say we were not disappointed. After being let down fairly last minute by another performer, we were getting a little desperate, but Clara stepped in and performed beautifully- we cannot thank her enough! Great to meet her and we wish her all the best with her musical endeavours.