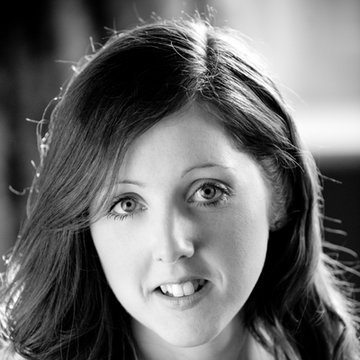 Claire graduated from the University of Hull with a first class degree in Music in 2004, and was also awarded the Departmental Prize for outstanding musical achievement. In 2005, Claire gained the Associated Board diploma in singing. As a performer, Claire has sung as a concert soloist with choirs such as Hull Bach Choir, Hull Male Voice Choir and the Arterian Singers. She was a founder member of Invitatione who regularly perform orchestral and choral works in and around the region and is a member of both the newly founded Culture:Voce choir and Culture:Orchestra where she has been appointed to role of 2nd flute. For the past two years, Claire has focused on exploring contemporary flute techniques and repertoire and has attended classes and workshops with leading flautists in this field including Ian Clarke, Wissam Boustany and Jessica Quiñones. As a soloist, she enjoys introducing audiences to flute sounds which they may not have thought possible, including the ability to mix vocals and percussive sounds with traditional playing. Claire teaches singing, flute and music theory at Hull Collegiate School, Wyke College, and for the Yorkshire Young Musicians project which offers advanced training for talented musicians across the Yorkshire and Humber region. She is proud to have gained distinction levels in Associated Board examinations with singing pupils at every grade, and has former pupils who have since gone on to perform in the West End and to further study at, amoungst others, the Italia Conti Academy of Theatre Arts, Tech Music School London, and Cambridge University with a choral scholarship. Claire is also a theory examiner for Trinity College, London and, until June of 2018, was accompanist and assistant director for the Village Voices choir based in Skirlaugh. Claire is a full member of the Incorporated Society of Musicians.

Standard Prices
All prices include:PA equipment with backing tracks (if required), prior consultation of your choices of music.
NEW!Virtual services
Personalised Music Message
Book me to create a unique music video for you to send to a friend as a gift. This could be a birthday message, first dance song for a wedding anniversary, or just your friend's favourite song to cheer them up.
£15

A big "thankyou" to you and Sue for the lovely, varied programme you played for us today. You are fortunate to have such a good accompanist and friend. I was aware of your "fluteboxing" abilities from your web site but it was a delight to hear the variations on "straight" fluting you played - particularly in Spiral Lament. We will always be happy to accommodate you when and if you want to return

Thank you for taking the trouble to contact us. As a matter of fact, three of the committee (myself included) were present at this week's Allegro, and it's fair to say that we were truly impressed with your playing (both of you), as well as the varied repertoire with particular relevance to Louth.