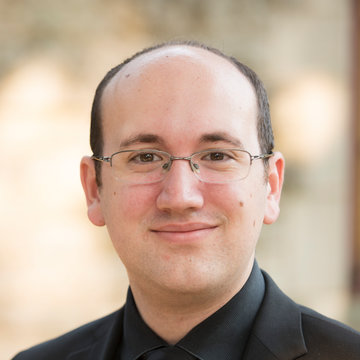 Since winning the Albert Schweitzer Competition, American organist Christopher Holman has performed on some of the most important historic and modern organs in Europe and North America. He has appeared at major international festivals, including the Leipzig Bach Festival in Germany, the Festival international de l’orgue ancienne in Sion, Switzerland, and the Festival Internacional de Órgano y Música Antigua in Oaxaca, Mexico. He has released two recordings, and his playing has been broadcast on German and Swiss national television and radio. In 2017, Christopher received a grant from the Frank Huntington Beebe Fund to study and perform on historic organs in Europe as a Fellow at the Schola Cantorum Basiliensis in Switzerland. Beyond his work as a performing musician, his research in historical musicology has been published in Early Music (with a forthcoming article in Keyboard Perspectives), and he has given lectures at leading international conferences in the U.S., the U.K., Germany, and Switzerland. He is Editor of the journal Vox Humana, and is Director of Musicology for Bach Society Houston. He studied with Robert Bates at the University of Houston and Dana Robinson at the University of Illinois. He is presently a doctoral student at the University of Oxford, and directs the choir of Exeter College.

I strive to be as flexible as possible, and am happy to play whatever you require (keeping in mind that some genres, such as rap, don't always transfer well to the organ; I'm always happy to advise).
Customer questions

I always strive to be as flexible as possible. Please let me know and I'll do my best to adjust accordingly.

I plan to arrive at a venue at least 15–30 minutes before the requested time to get acquainted with the instrument. Having played on the oldest organs in the world to newly-built instruments, I'm used to adjusting quickly.

I'm very happy to accommodate all requests. That being said, sometimes certain genres (like rap) unfortunately really don't transfer well to the organ, and I'm always happy to advise in such cases.

We were delighted with the contribution Christopher made to our service. I am not remotely musical but Christopher recommended the music which was absolutely perfect. Christopher’s playing was also exceptional. I cannot speak highly enough of everything that Christopher contributed.

Peter A, 5 years ago

The organ, played splendidly by Christopher Holman, was transparent and at times sparkling... As throughout the concert, Holman’s playing brought the music energetically to life. — Peter Alexander, Sharps and Flatirons