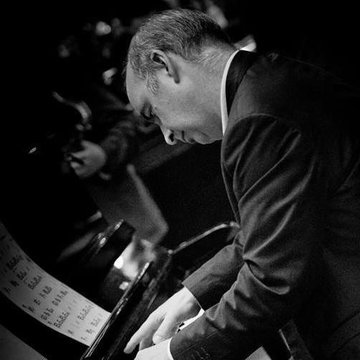 Christian is a professional pianist with an extensive repertoire of jazz and popular tunes. A class act, he adds musical magic to any party.
Pianist
London
Public liability insurance of £1 million

Christian has played at most of London's premier concert venues and jazz clubs, as well as playing at private parties, touring overseas, recording, composing, arranging and directing music. Having trained on the jazz course at the Royal Academy of Music, he has had a varied career to date that has seen him working with leading singers and instrumentalists, playing not only jazz, but crossing into soul/funk, Latin, blues, pop and classical music. Having performed with numerous groups, ranging from duos to symphony orchestras, he is still at home playing solo piano, and has also taught jazz piano, coached groups and taught various aspects of musicianship in a wide range of top schools and colleges. Performing/directing credits include: Jim Mullen, Bobby Wellins, Stacey Kent, Claire Martin, Tony Remy, The Jazz Crusaders, Eddi Reader, The Puppini Sisters, BBC TV (Musical Director on Johnny Vaughan Tonight) Teaching includes: The Royal Academy of Music, The Royal College of Music (Junior Department), Eton College, Westminster School, Charterhouse School, The London Centre of Contemporary Music

“Christian Vaughan plays with a sensitivity and depth that makes his music connect where it matters. He's committed to investigating and communicating the poetry in his solos.”

“Christian Vaughan is a fabulous and stylish player, a musician who must be heard.”