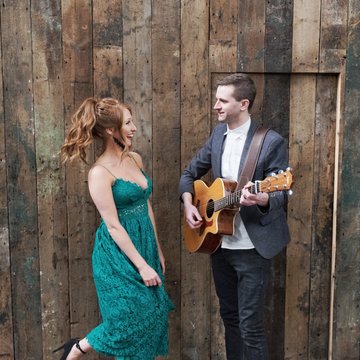 Check availability and get a free quote now - no commitment to book
From£180
Watch & Listen
About Chloe
Song list
Reviews
Home page
Chloe Swaby
Like Chloe?
Watch & Listen
1-3 of 20 videos

Singer
Ware
Public liability insurance of £10 million
Professional singer from London. She has performed with Jay Z & toured the world performing at events & festivals over the last 5 years.

Chloe Swaby has performed alongside and supported artists such as Jay Z, Tinchy Stryder, Chase and Status and Kate Nash. Chloe recently featured on 'Eat More Cake's' single 'Hide form the light' which has had nearly 900,000 plays on spotify. This summer she appeared on the Radio 1 Live Lounge special with Jay Z that was celebrating 50 years of Radio 1. Chloe’s talent has taken her to perform in many countries around the world such as Monte Carlo, Abu Dhabi, Europe, Russia, USA and many more. She currently has a residency at the Mandarin Oriental Hotel in London where her and a guitarist perform 3 times a week. Chloe has a vast amount of experience performing live on stage, in the studio and live on the radio. She enjoys singing and motivating the runners of the London Marathon every year at the half waypoint. Chloe was also flown to LA as she got down to the last 9 finalists from around the world to support Will I am in Las Vegas. Chloe’s infectious energy, personality on stage and love for music makes her shine when she performs, the stage is definitely where she belongs.

Wow what can I say except wow! I fell in love with Chloe's voice on You Tube and knew I had to have her sing at my wedding. Needless to say she was even better in person. I think she's incredibly talented and my guests have not stopped praising her. As soon as I heard her sing as I started my walk down the aisle I burst into happy tears. Perfect singer for my perfect day. Thank you Chloe I'll never forget you for making our day so very special

I wanted to send Chloe a big thank you for attending our Red Bull Air Race Partner event on Saturday. She was an absolute delight and I have had nothing but positive feedback about her vocals and performance. RBAR also highly appreciated that they learnt their signature song and sang it so well.”