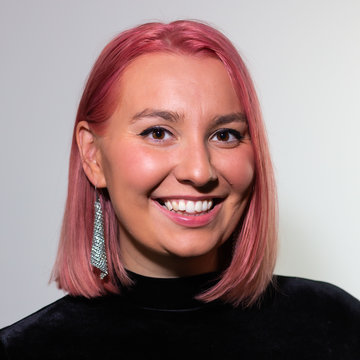 Well known for Her smooth voice, tasteful riffs and vibrant personality. Always wearing Her Charlie Chaplin inspired bowler - in red! Chelsey began her music career in 2013, singing as 'Melody Vivacious' in Burlesque shows in Windsor and London, swiftly moving on to sing under her own title, performing at some impressive venues such as The Oscar Wilde Bar, Birmingham Symphony Hall, The Savile Club Mayfair, Windsor Castle St.Georges Chapel, Gordon Ramsays and the Excel centre. Now making herself know in the London Music circuit, Chelsey performs at jams including Ronnies & Troy Bar, and even hosts her own Jam Night 'Marmalade Jam' which has moved around London, starting at The Oscar Wilde Bar on Regent Street , and now resides in Smiths Cocktail Bar in Hammersmith. She also performs with her function band 'Kool Katz' for events such as parties, weddings and product launches at some beautiful venues, such as Gilgamesh & Shaka Zulu in Camden, HMS Sultan in Portsmouth, Hedsor House in Taplow and The Classic Car Show 2015-2017. Chelsey also writes her own original material, and has been showcased at The famous Troubadour in Earls Court, but also spends a lot of time in the studio recording for other artists and songwriters on demo tracks, and sometimes as a featured artist. Oz Wills, Schahin, Zom, Ryan Blyth and X After 6 are just a few of the names Chelsey has worked with.

Chelsey I would highly recommend as a vocalist she has an amazing voice she's very professional and very good at writing lyrics, she's very friendly and has a very fast turn around with great quality.

Lauren B, 4 years ago

When thinking about the music for my wedding evening, my husband and I wanted a band that were lively, energetic and sounded great. We are SO glad that we booked Kool Katz as they were absolutely fantastic! The list of songs to choose from was extensive which meant we could choose so many great songs...and an added bonus of requesting 5 additional songs of our choice for the band to learn was a lovely touch. The band were so friendly and Chelsey was so attentive who made sure everything was perfect! I would recommend Chelsey & The Kool Katz band to anyone getting married...or for any event!

Chris B, 5 years ago

Chelsey & Dion, followed by The Kool Katz played at my wedding at an amazing outdoor venue. They where present for the whole day and played for three and half hours, performing some amazing classic and current songs. Chelsey then provided a DJ to finish the night off with. My guests where up dancing from the beginning and everyone had an amazing time, dancing the night away. I also had the Saxophone with Kool Katz, which I'm so glad I did, as it really contributed to their performance. I would definitely use them again (and wish I had paid for a third set) and I will continue to watch them down at Smith's bar every month.

Spectacular performance from Chelsey & Christopher, I love how they blend the songs and have such a great variety of genres in their set !

Singers in the UK
Singers in Slough
Singers in Maidenhead
Singers in Wokingham
Singers in Reading
Singers in Berkshire
Customer Service
Discover
Company
As seen on
© Encore Technologies, Ltd.
Crafted with bagels and in London