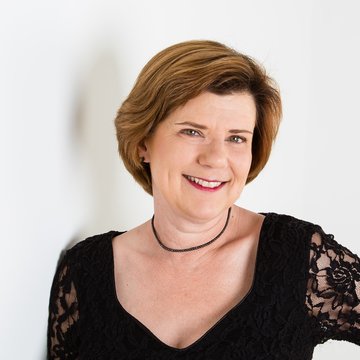 Check availability and get a free quote now - no commitment to book
From£180
Watch & Listen
About Carolyn
Home page
Carolyn Burnley
Like Carolyn?
Watch & Listen
Watch
Listen
1-2 of 2 videos
Have yourself a Merry Little Christmas
Cheerily Carols the Lark - To a Garden Full of Posies

Carolyn is classically trained and has a warm, rich mezzo soprano voice. She can be hired to sing at weddings, funerals, concerts etc.
3 of 5 photos
Singer (mezzo soprano)
Reigate

Carolyn studies singing with Brian Parsons and has studied both at Morley College and CityLit. She was formerly a junior scholarship student at Trinity of College of Music. She has attended AIMS International Music School where she has participated in master classes with noted vocal coaches. 2018 seems to be the year of "Mad Margaret" (from "Ruddigore", Gilbert & Sullivan) who will be making an appearance no less than four times this year. However, Carolyn very much enjoys singing other music too and will be singing everything from Mozart to Gershwin at the Two Divas concert later this year at the Electric Theatre, Guildford. Carolyn has sung the alto solo in the Mozart Requiem for both the Waltham St. Lawrence Choral Festival and Chandos Chamber Choir. She has sung with Porcupine Productions in their production of "Suor Angelica" (Puccini) in London. She has also sung with Surrey Opera, Guest House Opera, Hashtag Opera and Utopians Unlimited. Carolyn enjoys singing and performing art songs and is always building on this repertoire. In particular she enjoys singing Lieder having studied German. Carolyn loves singing solo but is also a useful bump or dep for choral societies and church choirs (usually sop or sop 2 in churches) and, as she is also violinist and orchestral player, has good musicianship skills. She works as a stand-in for several churches, sometimes leading hymns or worship songs and sometimes as part of the choir for weddings and special services. She also sings at various cathedrals with Stag Montem Chorem. Carolyn has extensive choral singing experience from her time with London Choral Society when the conductor was a young up and coming conductor called Simon Rattle! With this choir Carolyn sang many of the major choral works at top concert venues around London with many famous soloists and conductors.