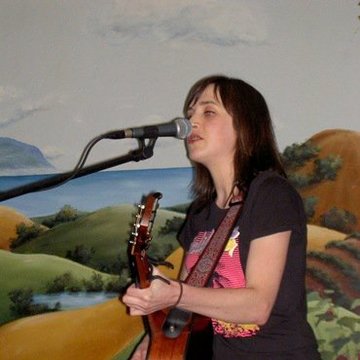 My musical tendencies started out by playing the lead female roles in the sold out Edinburgh Festival Fringe musicals - Contracts and Nomads. Contracts was a coming of age musical dealing with hard-hitting subjects and it gained such support in its infancy that it was then developed for the Edinburgh Festival Fringe. Off the back of this Nomads was developed to explore LGBTQI and disability issues. I have been involved with several collaborations such as performing as a duo at the CCA in Glasgow for the event Diverse Divas - Horse McDonald came to see us perform! I also co-wrote a song called ’Shout it out Loud’ for the BBC. I mainly work on my own original material these days, but I do like to play covers. I particularly love the 80s, but I will cover songs from any era. I lived in Manchester for 5 years and got involved with the music scene there. I played regularly at open mics and I was even accompanied by the fabulous Desi Friel (Anna Friel's dad) and his band whilst playing at 57 Thomas Street bar.

Standard Prices
All prices include:The prices relate to the period of time performing. If the venue is quite a distance away then a price for travel will need to be negotiated

I just wanted to drop you a quick message to say how much I enjoyed your set. A wonderful mix of original songs and covers, so refreshing to hear original songs. Look forward to catching you again soon.