Buddy Holly and The Cricketers 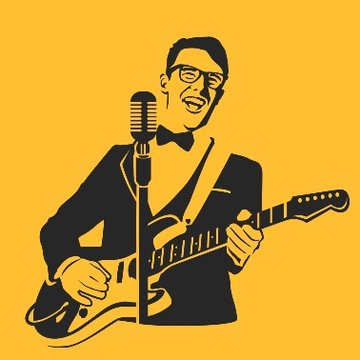 About Buddy Holly and The Cricketers

Buddy Holly and The Cricketers has delighted audiences across the globe from Cardiff to California, Barking to Bangkok and Swindon to Sweden for the past 26 years. The show stars some of the finest actor-musicians in the UK and was endorsed as Britain’s most popular Buddy Holly act when the boys guested on BBC One's Saturday night live programme, The One and Only, hosted by Graham Norton. Buddy Holly and The Cricketers has always presented Buddy in the style of show we feel he would perform today. Authentic arrangements, driving rhythms, energetic performances and wonderful musicianship, all delivered with charm and humour. To commemorate Buddy’s anniversary and to celebrate the joy he has brought millions of people worldwide for over 60 years, the country’s first and best-loved Buddy Holly act, Buddy Holly and The Cricketers, plays a very special show in venues all over the UK. Whatever the season, whatever the excuse to party, make your Heartbeat a little faster with the show that has thousands of fans the world over saying: “I can’t believe it’s not Buddy!”

Yes, Our standard line up is a 5 piece, but we can also perform as a 4 piece for cruises and overseas events.

It takes a maximum of two hours to set up our full stage setting, but this obviously depends on ease of access.

As a tribute act we generally perform the BEST songs from Buddy Holly and The Crickets, but is you have an absolute favourite please don't hesitate in letting us know so that we can make sure it is on the set.

Our PA and lighting system is included in your quote. We usually require a minimum of 3m x 5m space to perform

Every client comments on the energy that takes part in the show, it is a real rock n' roll roller coaster from the start of the first number.

We perform over 120 Theatre Shows a year, and as well as this perform many corporate events too.

Buddy Holly and The Crickets

You won't believe it's not Buddy!