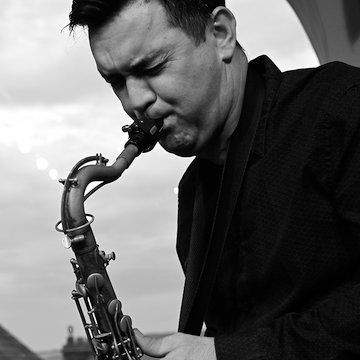 I can learn songs of various genres on request
Great American Songbook
Have you met Miss Jones
Summertime
Ain't Misbehavin'
All The Things You Are
April In Paris
Angel eyes
As long as I live
Autumn In New York
The Best Is Yet To Come
The Best Things In Life Are Free
Black coffee
Blue Skies
Body And Soul
Bye bye blackbird
Change Partners
Cheek To Cheek
Come Fly With Me
Come Rain Or Come Shine
Do Nothin' Till You Hear From Me
Don't Blame Me
Don't Get Around Much Anymore
Dream A Little Dream Of Me
East of the sun
Easy Living
Exactly like you
Falling in love with love
For all we know
For heaven's sake
A Fine Romance
Gee baby, ain't I good to you
Georgia On My Mind
Get happy
God bless the child
Here's That Rainy Day
Honeysuckle Rose
How Are Things In Glocca Morra
I Can Dream, Can't I?
I Can't Get Started
I Can't Give You Anything But Love
I Could Have Danced All Night
I should care
I won't dance
I'll Be Seeing You
I'll Get By (As Long As I Have You)
I'll remember April
I'm Gonna Sit Right Down And Write Myself A Letter
I'm Old Fashioned
I've Got The World On A String
I've Got You Under My Skin
If Ever I Would Leave You
If I Were A Bell
Imagination
In The Still Of The Night
Invitation
Is you is, or is you ain't my baby
Isn't It Romantic?
It All Depends On You
It Could Happen To You
It Might As Well Be Spring
It's Only A Paper Moon
Jitterbug Waltz
Just In Time
Let's Fall In Love
Little Girl Blue
Love for sale
Love Letters
Love Me Or Leave Me
Lullaby of Birdland
Lush Life
Makin' Whoopee!
Mona Lisa
Mood Indigo
Moon River
My Baby Just Cares For Me
My Blue Heaven
My Foolish Heart
My ideal
My Funny Valentine
My Ideal
Never let me go
The Nearness Of You
On A Clear Day (You Can See Forever)
On A Slow Boat To China
On The Street Where You Live
On The Sunny Side Of The Street
Out Of Nowhere
People Will Say We're In Love
Polka Dots And Moonbeams
Pure imagination
Satin Doll
Skylark
Somebody Loves Me
Stardust
Stella By Starlight
Sophisticated lady
Some day my prince with come
Stormy Weather (Keeps Rainin' All The Time)
The Surrey With The Fringe On Top
Take The “A” Train
Tangerine
Teach Me Tonight
Thanks For The Memory
That Old Black Magic
That Old Feeling
The song is you
The very thought of you
There Will Never Be Another You
Time After Time
When I Fall In Love
When You Wish Upon A Star
Witchcraft
You don't know what love is
You'd Be So Nice To Come Home To
Other songs:
All Blues
Airegin
Alfie
Bernie's tune
Besame mucho
Blue Bossa
Blue monk
Blue train
Bluesette
Cantaloupe Island
Chelsea Bridge
Cold duck time
A child is born
Come sunday
Crazy
Dolphin Dance
Desafinado
Don't no why
Footprints
Freedom Jazz Dance
Giant Steps
The girl from Ipanema
Joyspring
How insensitive
I wish I knew how it would feel to be free
If you never come to me
In walked bud
Meditation
Michelle
Naima
A night in Tunisia
Nobody knows you when you're down and out
Once I loved
One note samba
Reflections
Ruby my dear
The sidewinder
Sister Sadie
So what
Something
Son of a preacher man
Song for my father
Take Five
That's amore
The chicken
Thieves in the temple
Triste
Unchain my heart
Virgo
Waltz for debby
Watermelon man
Witch Hunt
Customer questions

Clients enjoy my professionalism and my flexibility, helping to add something special to their event.

I can be flexible timings wise if I'm given prior notice.

“Absolutely. This is a really popular request and we actually offer this service for free. If you'd like a DJ service via our PA after the final set until the venue closes, I can provide this for an additional £100.”

We usually set up about 1 hour before the performance time.

Yes you can. The set list is flexible up to a point.

Yes, absolutely! I bring my own instrument to play acoustically. I can provide a PA if required, for unaccompanied sax this won't be required for most occasions. PA can be provided if you're after sax with tracks etc.

If a song isn't included in our song list there may still be a chance we already know it. If there is a special song you'd like me to learn I am happy to do this for you. There is a fee of £30 for this service to take into account rehearsal times etc

"..the quality is so consistent that it’s hard to pick a favourite. Allen’s big sound is a constant delight, and the engagement of the whole band carries the day." Jazz Views

"Brandon Allen is arguably the most exciting tenor player in Britain today. His phrasing is unashamedly emotional, soaked in the blues tradition." Tony Hall (JAZZWISE)

"His four-octave range and flawless command of the altissimo register was nicely offset by his full-bodied yet raucous tonal quality offering something for fans of the entire history of the instrument- from Hawkins to Brecker- he's got em covered." Frank Griffith (London Jazz News)