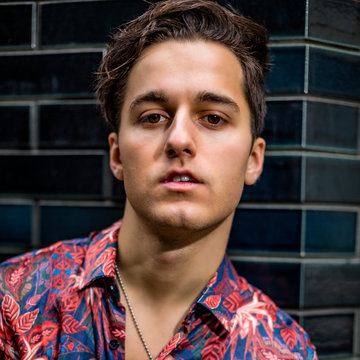 A multi-skilled vocalist, producer, and songwriter. Have performed with various bands and ensembles on numerous occasions. Singing&dancing.
3 of 7 photos
Singer
London

Bógomil is an up-and-coming music artist, who starts his music career in his home country, Bulgaria. He is an infusion of urban pop and soul-captivating R&amp;B with his ear-catching harmonies he incorporates in his music. With influences such as Justin Timberlake, Usher, Stevie Wonder, Sia and Max Martin he always strives for perfection in his sound as well as adding different flavors to his music. Bógomil starts his career while still at 6 years of age, performing in a vocal group in his hometown. At the age of 10, Bógomil becomes a solo performer and starts building his own identity as an artist and entertainer. This leads him to one of his life-changing experiences. In 2011, there is the first season of X Factor in Bulgaria. Bógomil auditions for it despite the fact he is under the minimum age requirement (16). Eventually, he earns himself the opportunity to compete alongside the other participants and achieves the position of a runner-up in the show. Following this major success, Bógomil signs his first-ever record deal with Virginia Records (Sony Music). His work within the record label helps him hone his artistic skills, meet new fans and collaborators. What is more, he is among the artists to take part in the national tour, "Coca-Cola Happy Energy Tour", organized by Coca-Cola, for two consecutive years. His debut EP, Chapter 2 is out now!

I am super flexible in my arrangements with clients so you can be sure that I will do my best to accommodate any changes in your event.

Absolutely. This is a really popular request and I actually offer this service for free.

My setup is usually very speedy and it normally takes me approximately 30 minutes.

Absolutely! I would advise this as I want my clients to be 100% happy with the services I provide.

I bring everything apart from a PA/lights.

I will do my best to address your inquiry about a specific song and make sure that it is part of my setlist.

My clients love the experience I create for them through the combination of singing, dancing and interaction with them.

My experience involves performing at various venues, both indoors and outdoors, such as wedding venues, conferences centers, festivals, racecourses, and private venues.

Bogomil is a true entertainer with excellent stage presence and is greatly versatile, being able to work within a multitude of genres. In addition to providing strong lead and backing vocals, he is a skilled dancer and captivates the audience’s attention right from the start.

I have been working with Bogomil for the last one year, and we developed a great partnership together. I extremely appreciate his professionalism and performing skills. An example of our collaborative work together is his performance at Floripa, London, where he presented his latest album. Bogomil and his team arrived a few hours earlier to do the soundcheck and talk to the technical team at the bar, so that, all possible issues would be prevented. He pays great attention to every single detail, making sure the audience and his team will feel comfortable during the performance. It's easy to work with Bogomil simply because he is aware of every single aspect of his work. The energy he carries is incredible and there are absolutely no problems when it comes to communication and organizing an event together. He has tremendous respect for his colleagues and work.