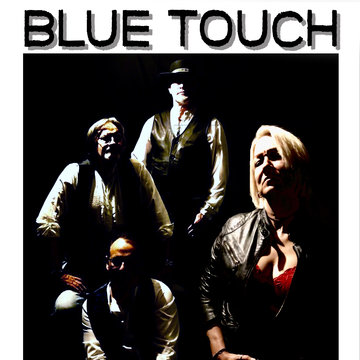 Blue Touch reflect their musical heritage built up over the years wrapping it all up in blues rock – with a twist.
3 of 12 photos
Electric Guitarist
East Molesey
Public liability insurance of £1 million

Never shy to break away from the formulaic or cliché, BlueTouch are less about a Texas shuffle or waking up this morning and more about getting out, having a good time and enjoying what you do They have been in existence in a number of guises since 2001 but this line up the one that brings together all the elements needed to ensure they maintain their reputation as one of the top live acts on the blues circuit playing at many festivals and clubs over the years. The diverse background of Blue Touch starts with the captivating Andrea Maria on vocal duties, described in a Blues Matters magazine review as “making Madonna look like a virgin”. – Indeed! The rock powerhouse that is Hugh Lawrenson on drums drives the band to firmly mark Blue Touch out as a powerful blues/rock outfit. Supporting Hugh in the rhythm section is Merv Griffin on bass who seems to have the wrong number of strings on one guitar and lost the body of another but yet still seems to make the right sort of noise! Neil Sadler and Alan Cleaves on guitars and vocals have been playing for longer than they care to remember but their fingers still fly across the fret board to produce some breath-taking moments in the band’s output. Neil also brings his wealth of recording experience to the band; working at the majority of London studios with many well-known artists, such as Jethro Tull, before setting up his own No Machine studios. Since then a vast number of artists have passed through the studio including :-Laura Marling (Recorded demos before being signed), Justin Hayward, Don Black, Les Reed, Barry Mason, Surfing Lungs, Larry Miller and Warblefly. Blue Touch released “Grind” (2003) and “Bump (2005) and their 3rd CD, “Outstanding” (2009) expanded directions set on previous albums, and included a number of acoustic songs, resulting from the very positive reaction from audiences, and two new Blue Touch originals. The 4th cd, imaginatively titled “IV” was released in late in 2012 and included more original material plus some intriguing guest appearances with the 5th cd "Old, New, Borrowed and Blue" there is original material, old songs re-interpreted, some interesting covers, all of course drawing on the blues. In 2016 the release of “Nothing Left to Hide” marked an album of orginal songs by BlueTouch recorded over the previous year and draws on BlueTouch’s own Neil Sadler’s recording and producing expertise at his studios and the fortifying power of tea and chocolate HobNobs. ’ All albums are on iTunes, Amazon and Spotify. Blue Touch reflect their musical heritage built up over the years wrapping it all up in blues rock – with a twist. “To anyone who is thinking about booking these guys - don't hesitate - do it NOW. I am one of the idiot organisers of FigJamFest and BlueTouch played at our gig last weekend and brought the house down. You could not fail to have a great time with them playing. If you couldn't get up and dance then you were either incapacitated or a halibut. Can't wait to see you all again in Swanage. Beautiful and Brilliant.”

Yes , including lights if required

This is not a service we provide

The show and musicianship

Festivals and hotels across the country Colne , Poole, Swanage Blues Nidd Hall, Alvaston Hall and blues and rock venues/clubs around the country

Robert Johnson Muddy Waters Hendrix Clapton and. Many many more

What BlueTouch delivers is a package that fans of the genre will likely warm to more and more over time, a confident and competent band playing a decades old genre with a new twist that lifts it closer to the contemporary.

Collectively as a band, they were so tight and regimented, with the perfect amount of groove to leave the audience just wanting more.

Blue Touch have been in existence since 2006 and their confident, comfortable well-rehearsed diverse playing styles are evident from the moment the first note emanates from the speakers.