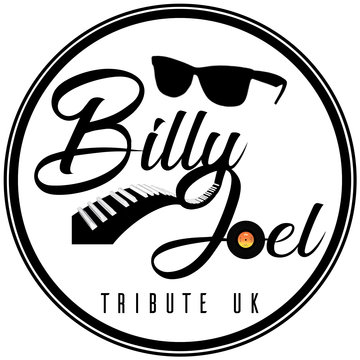 Billy Joel has sold over 150 million albums worldwide and had over 33 Top 40 Hits, including 3 Number 1 singles. His ‘Greatest Hits’ album, Volumes I & II, went 23 times Platinum! In a career spanning 3 decades, he has had 23 Grammy Award Nominations and 5 Grammy Award Wins, including 1 Grammy Legend Award! Billy Joel is the third biggest-selling solo artist in the US and a member of the Songwriters Hall of Fame, the Rock & Roll Hall of Fame and has a Star on the Hollywood Walk of Fame! Since graduating college in 1999, Gaz Jenkins has worked within the entertainment industry honing his craft. Gaz has travelled all over Europe, incorporating theatre tours, cruise contracts, corporate engagements and weddings. In 2016, he became a part of the UK’s longest running tribute show, “Trevor Chance’s Legends”, where his skills as host and compere grew tremendously. Ever since childhood, Gaz has been a Billy Joel fan, so naturally, he created a tribute to his beloved idol. With extensive theatre training, Gaz brings the fire and passion of the ‘Piano Man’ himself to the stage, along with authentic costumes and choreography that will make you believe that you’ve travelled back in time to see the Long Island boy in his prime. This is a one-hour, upbeat tribute show, with plenty of audience interaction, featuring all Billy Joel’s hits including: Uptown Girl, Tell Her About It, Just The Way You Are, Piano Man, An Innocent Man, She’s Always A Woman, The Entertainer, River of Dreams, Big Shot and many, many more. Where additional performances are needed, Gaz can also perform a Party Set featuring Soul, Motown, Pop and Party as well as providing a full DJ Service, if required. He can tailor sets to suit Themed Events, including 80’s Themed Party Nights, American Themed 4th July Celebrations etc.

TYPICAL SETLIST:
Tell Her About It
My Life
Just The Way You Are
The Longest Time
An Innocent Man
She’s Always A Woman
The River Of Dreams
We Didn’t Start The Fire
Uptown Girl
Piano Man
ADDITIONAL SONGS INCLUDE:
Allentown
Big Shot
Don’t Ask Me Why
The Downeaster Alexa
Easy Money
The Entertainer
Goodnight Saigon
Honesty
I Go To Extremes
It’s Still Rock & Roll To Me
Keeping The Faith
Leningrad
Miami 2017 (I’ve Seen The Lights Go Out On Broadway)
Movin’ Out (Anthony’s Song)
New York State Of Mind
Only The Good Die Young
Pressure
Say Goodbye To Hollywood
Scenes From An Italian Restaurant
She’s Got A Way
Sometimes A Fantasy
The Stranger
Summer, Highland Falls
This Night
Vienna
You May Be Right
Zanzibar

Went to the show at Andwhynot in Mansfield. Wow, what a voice range replicating Billy Joel. I highly recommend seeing him, you will not be disappointed.

We went to see him at the Grimsby Golf Club. He is a great act. You will love him, he was brilliant. Great voice. Very convincing as Billy Joel.