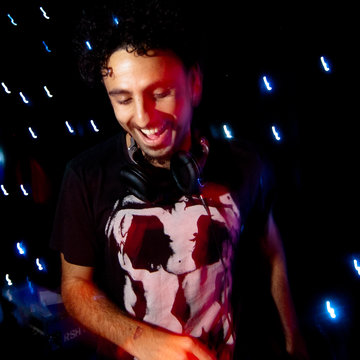 A desire to create a positively sonic experience. A musical odyssey that spans the music spectrum of funk, soul, disco and dance music
3 of 4 photos
DJ
London
Public liability insurance of £1 million

Demi’s devotion to how he sculpts all his DJ sets has placed him on merit for the past 15 years as a music conductor to a host of some of the world’s most prestigious venues; weaving through the sonic spectrum with his record collection and personal edits to a public enamoured and engaged by an instinctive and uncompromising form of programming. Inspired by the music dexterity and skill from music greats such as Laurent Garnier and Danny Tenaglia, to the mixing artistry of pioneers like Sasha and John Digweed and even in the often regimented world of house and techno, DJ’ing for Demi is an ongoing quest for originality. With a deep love and connection to soul and disco music through record collections passed down from family relatives that progressed to a vinyl addiction of the more experimental and electronic soundscape centred around the kick drum, his sonic voice can be heard across all manners of music venues, in a climate that is embracing more then ever a DJ who can deliver a body of music that can connect with the spirit. It’s why you will find Demi as comfortable holding court in techno institutes such as Womb in Tokyo, Output in NYC, Space in Ibiza to the more eclectic spaces such as Seth Troxler’s Smokey Tails in London where he continues to push an eclectic vinyl selection of music for the senses. It’s why he was invited for example to present a Source and Cycle Mix for Luciano’s prestigious Cadenza podcast in 2016, demonstrating fully his musical blueprint that spans the past, present and the future. A blueprint where the ego and a strong sense of humility is in sync to select the next song that feels right to connect with the spirit and emotionally touch the dance floor; moulding discerning Antenna Records on Pinkman to the epic disco-funk riffs of Cerrone. Whether playing to 5 people or 5000 people, Demi’s approach to the art of the DJ has always followed a pure school of thought, “Both technique and selection go hand in hand and should both be excelled at. Music is a language and perhaps the only thing in this world that is universal and transcending. So there should be no excuse to have any barriers up. I want to give people what they want, not necessarily what they expect and if you can tread that line well enough with your audience then the magic can truly happen.” It’s a tricky balancing act which stems from the fact that he doesn’t strictly see himself as a techno or house DJ even though some his more notable achievements has come from these circles such as a becoming a national finalist in a competition run by Mixmag and super brand Cream to find their new resident in his formative days in 2002 where he went against the grain playing a selection of house and techno music compared to the hard house and trance sounds of the other finalist DJs. Other levels of recognition in these circles include scoring a nomination as best newcomer DJ at the annual Pacha DJ Awards in 2006 to invitations by Danny Tenaglia to play alongside him during his iconic NYC residency days, performing with his other mentor Laurent Garnier at Pacha Ibiza and culminating with the milestone achievement of a 3 Hour Radio One Essential Mix with the SoS Collective, made up of fellow sonic mavericks, Omid 16B & Desyn Masiello. The sonic trium-vate went on to score world tours with sell-out shows from Tokyo, to Ibiza, London and infamous shows at the Miami WMC and along with two critically acclaimed SOS compilations: “Balance 013” (2008) & “Ministry of Sound presents SOS” (2010); two timeless pieces demonstrating musical synergy at its force, and forever etching its mark on dance music's legacy. His debut solo mix compilation in 2011 “Sounds like Alola Volume 2” is an astounding sonic collage of the seminal deep house label’s rich back catalogue. Piecing the past, present and future together, from classic tech-house, to techno, to reggae and the warm melodies of producer genius Vince Watson, this body of work provides a sensational journey for the listener and is a true testament to the natural approach to his beliefs of the DJ art form. Demi continues to tour all over the world, both as a DJ and with his recent role as European tour manager to US based pioneering DJ and legendary producer Danny Tenaglia. Not seduced by what is current but by what possibilities could be, we continue to see a forward thinking music junkie who continues to deliver memorable moments for the dance-floor while endearing to all who come across his effervescent personality. Demi's musical odyssey continues to deliver what you want, not what you expect.

I will always endeavor to be flexible to help ensure your event runs as smoothly as possible. If timings change slightly in the run up to the event just let us know.”

Set lists are crafted from countless performances and learning what works best to ensure guests dance and have an amazing time. However, we're definitely happy to chat through and make sure we find what works for your event.

I bring all playing equipment. Sound/speakers need to be provided but can set up if required.

Verified
Jake I, 1 month ago

Demi was professional from start to finish. He arrived on time to a venue in the middle of nowhere and was ready for a late night party set. All of our guests made a point of saying how good he was and personally his set was exactly what I had hoped for. I would happily book him again myself and recommend him to others. Thanks again.

DEMI is one of the most versatile and most reliable DJ's I use at Sketch which I control the programming for. Whether earlier in the evening or for our late night programme, he shows the skill and humility to create a perfect soundtrack for any occasion. I've been working with Demi for many years and I'm sure there will be many more to come.

Demi is truly a mood changer in the entertainment business. Funking up each venue with his unconventional yet distinguishable tunes. Demi is the DJ that will bring a house full of diners and drinkers into a warm & lively ambiance. Each time Demi hits the deck at Jinjuu he creates a sexy & upbeat vibe - bringing alive both customers and the floor staff.

Thank you for helping to make our wedding day unforgettable! My husband and I could not have been happier! After meeting with Demi, we knew he was the one we wanted as our wedding DJ. His professionalism and experience were evident and we felt Demi understood the kind of music and the kind of atmosphere we were hoping for throughout the day. He put together a killer playlist during dinner and the dance floor was packed all night with guest having a great time dancing. He was also so kind to spent some time with me prior to the wedding to plan out everything and to help me edit snipes of different songs together for our first dance. Phenomenal job - would definitely hire again and again!