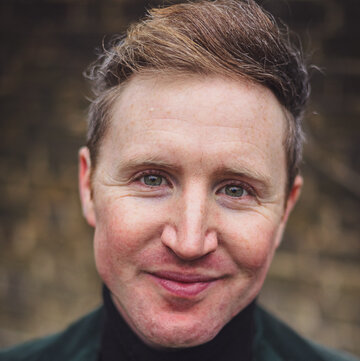 Check availability and get a free quote now - no commitment to book
From£160
Watch & Listen
About Anthony
Song list
Reviews
Home page
Anthony Harris
Like Anthony?
Watch & Listen
1-3 of 3 videos
Go the Distance - Hercules
Can’t Take my Eyes Off You
The Prayer

Tenor, Conductor & Compere specialising in audience participation and variety He can get your audience relaxed or singing along (or both)!

All church hymns
I can learn any song required, bespoke
A Nightingale Sang in Berkley Square
A Word on my ear - Flanders & Swann 4.40
Can I Forget you
Comedy - Hello Muddah, Hello Faddah
Cruising Down the River
Don’t put your daughter on the stage (Hyacinth/NC)
Happiness
Has anybody seen my ship? (NC)
Hippopotamus Song – Flanders & Swann
Hushabye Mountain – at the piano
I have often walked
I want to Sing in Opera
I went to a marvellous party
I’ve grown accustomed to her face - at the piano 2.15
If love were all 3.20
Let the Grass grow 0.55
Misalliance
Moonlight becomes you
Nothing but Sea and Sky 3.25
That is the end of the news – Noel Coward
The party’s over now 2.20
When I fall in love
Why do the wrong people travel 2.40
Almost Like Being in Love
Ave Verum
Ave Maria
At Last
Amazing Grace
Beautiful One
Because You're Mine
Be My Love
Cavatina (Deer Hunter)
Can I Forget You
Can This Be Love
Can't Taky My Eyes Off Of You
Come Fly with Me
Crazy
Cruising Down the River
Hippopotamus Song
I want to Sing in Opera

Just to say many thanks for last night. A fantastic evening which was a hit with many at church this morning! Your time and effort is much appreciated in helping us being able to donate in excess of £920 to the hospice.

Anthony was wonderful to learn with. He taught me how to sing properly enabling me to sing in a choir with confidence. He is a consummate professional who makes learning really enjoyable.

Verified
Only A, 2 years ago

Thank you Anthony and Baubles and Warbles for their fantastic, uplifting performance. Goodness we could all do with an Anthony in our lives to brighten up our days !!!

We had a ball, and it was so good to hear the buzz afterwards and see people going out with such big smiles on their faces.

How wonderful to hear the beautiful sound of @AntoineDingDong in Yorkshire!

Singer (Tenor)s in the UK