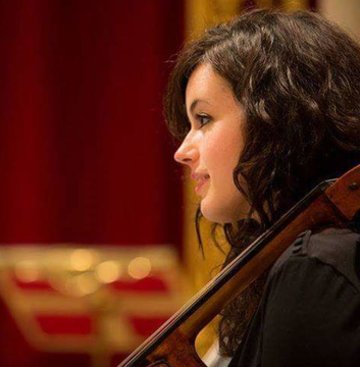 I studied in Budapest, Salzburg and the RCM, and am a versatile cellist with extensive experience in chamber and orchestral music.
3 of 3 photos
Cellist
London

Born in Torquay, Anna grew up in Budapest, Hungary and started playing the cello aged 7. Anna was awarded the Hübel Award and the Mozarteum Scholarship at the Mozarteum Salzburg where she studied with Dankwart Gahl and Wilfried Tachezi. After receiving her Bachelors of Arts in Performance at the Mozarteum, Anna moved to London to complete her Masters in Performance at the Royal College of Music under the tutelage of Amanda Truelove and was supported by the Henry Wood Award. She has performed extensively throughout the UK, Germany, Austria, Hungary, Italy and China as a chamber musician and soloist, playing in world-renowned concert halls such as the Royal Festival Hall in London, the Great Hall of the People in Beijing and the Festspielhaus in Salzburg.

The pleasure was all ours, and I have to say, the day just wouldn't have been as good without you there setting the mood. I just wish we could have paused the day and listened to you just play without all the mingling getting in the way. So many people commented about your music and you helped create so many smiles and things to talk about so thank you so much for helping make our day so special and if you need us to do any sort of testimonial we'd be delighted to do so and we'd gladly recommend you to others.

The November String Quartet made my 40th birthday celebration Viennese ball an extra special event. My guests were absolutely delighted with the quality of the waltzes and polkas Ewelina and the other ladies played. No ask was too much from planning calls, studying new pieces, venue visit and following the dress code. I cannot recommend them highly enough.