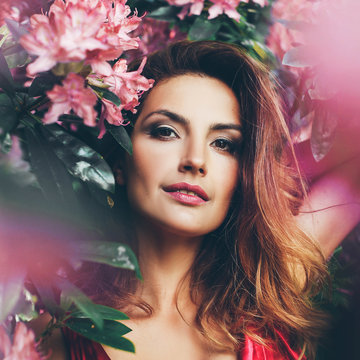 Anna is a multi-award winning international soprano, performing at some of the best opera houses across the world. She has garnered critical acclaim across Europe for her "powerful and dark-hued soprano" (Opera Magazine). Her numerous awards include the Francisco Vinas Competition, Liceu, the Moniuszko Competition, Warsaw and the Maggie Teyte Award from the Royal Philharmonic Society. Anna's 2020 debut recording with Chandos in the title role of Alwyn's Miss Julie with Sakari Oramo and the BBC Symphony Orchestra was nominated for Operatic Recording of the year for both Forum Opera (France) and Limelight Magazine (Australia). Recent performances of Violetta La Traviata were met with unanimous critical acclaim both for her captivating stage presence and vocal fluidity. Other notable recent highlights include her debut at the Festival dei due Monde, Spoleto in the Ricordi premier Proserpine, at Scottish Opera as Nedda Pagliacci and Brigitta Iolanta at the Opera de Paris. She has performed Mimi to critical acclaim across Europe, most recently at the Opera de Rouen. As Woglinde Das Rheingold, Anna has appeared under the baton of Teodor Currentzis at the Ruhrtriennale Festival in Germany. Anna made her debut at the Royal Opera as a Blumenmadchen in the Stephen Langridge production of Parsifal, conducted by Antonio Pappano and returned there to cover in The Ring and as Roxana in the much-celebrated Krol Roger. Anna has performed the role of Liu in the Calixto Bieto production of Turandot for Northern Ireland Opera. After leaving the Guildhall School of Music and Drama, Anna was immediately engaged by Opera Holland Park to sing the role of Lauretta in Gianni Schicchi, a role she returned to in 2015 alongside performances of the title role of Suor Angelica when they mounted their critically acclaimed Il Trittico. Following college, Anna was invited to sing at the world-famous Handel Festspiel at the Badisches Staatstheater, Karlsruhe, in The Triumph of Truth and Time. Anna has performed Mozart with English Touring Opera (Pamina The Magic Flute) Buxton Festival (Serpetta La Finta Giardiniera) Mid Wales Opera (Zerlina Don Gioavnni). At Dorset she has performed the roles of Tatyana Eugene Onegin and Marguerite Faust. Of Polish and Irish heritage, Anna was honoured to be invited to perform a solo recital as part of the distinguished La Folle Journee series at the Opera Naradowa in Warsaw with the Sinfonia Varsovia. She is in much demand as a recitalist and has performed in concert at many prestigious venues across Britain, including the Wigmore Hall, the Royal Opera Crush Room, the Barbican and the Royal Albert Hall.

Anna was a delight both on and off stage and many in the audience of our charity event commented on how it lifted the evening.

Anna sang beautifully and really made the evening a very special event.