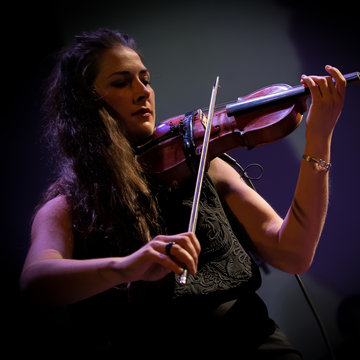 Since finishing my music studies (Royal Northern College of Music, Basel Conservatoire, Netherlands String Quartet Academy) I have enjoyed a varied international career playing solo, with quartets, as a session musician, and with my own bands. I have performed on platforms such as ‘Later With Jools Holland’, Royal Albert Hall, Wigmore Hall, Shanghai International Arts Festival, Glastonbury Festival and Chernobyl’s Exclusion Zone, and have recorded at Abbey Road Studios and Maida Vale. Live, touring and recording highlights include playing with Paolo Nutini, Jack Savoretti, Levellers, Bonobo, Portico Quartet, Four Tet, SBTRKT, Ghostpoet, Kate Tempest, Baxter Dury, Amanda Palmer, Bring Me The Horizon and Alter Bridge. My string playing and writing appears on labels including Universal, PIAS, Decca, Blue Note Records, Milan Records, Colombia Records and Ninja Tune. Radio and televised performances include BBC 1, BBC 2, Radio 1 Live Lounge, BBC Radio 3, Channel 4 and Sky Arts. As well as composing for short films, I recorded on television series 'Troy: Fall of a City' and 'Tin Star', and Mica Levi’s award-winning film soundtracks for ‘Under The Skin’ and ‘Jackie'. I am equally happy playing violin or viola, and can learn any pieces of music you would like. I'm also happy to arrange versions of pieces for violin, or create my own if you wish.

I am happy to either choose pieces myself, or take requests (in advance). I am able to arrange pieces for violin or viola, whether it be classical, pop, folk, gypsy-jazz/swing, tango, klezmer or Eastern European.

Anisa was an absolute dream to communicate with. She was very professional and seems a really lovely person. She absolutely nailed the performance as well and made my wedding proposal incredibly special to us. She went the extra mile and sent us a recording of her playing the song so we had a memento from the proposal. The composition was also fantastic. I would not hesitate to book her again, and recommend her massively. Thank you so much Anisa!

Verified
Rich B, 26 days ago

Responded with such grace and outstanding musicianship to the demands of the scores and the unforgiving but atmosphere-enhancing sauna conditions!

Anisa Arslanagic on sumptuous violin for a track that warms like mulled cider...