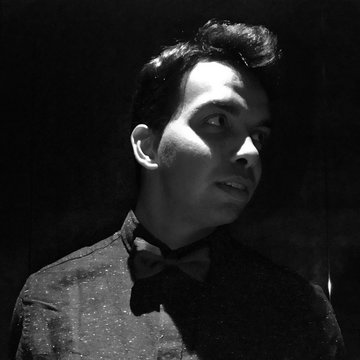 ANgel Tarpov was born in 1993 in Bulgaria and started studying music and playing the cello at the age of 4. He began to take music lessons at the age of 5 and also had his first stage appearance then. From the age of 5 ANgel has had numerous performances and concerts including twelve solo recitals. At the age of 16 years ANgel began to write his own music and by the age of 19 started composing and performing his own classical music. Currently he has composed over 100 pop songs and 50 classical pieces. His professional music career has began with the title track from his first solo record titled “Dream” released in the summer of 2012. The album has been recorded between US and Europe combined with four classical pieces, and 8 original works by ANgel,showing for the first time his composing skills publicly... Few years later he shots a music video to it's first single off the 'Dream' album named 'Darkness'. The video took place in Vienna. 'Darkness' itself gets lots of attention and quickly becomes a favorite 'modern-classical' style piece. His second full album gets released in December of 2013 under the title 'So Far...Yet... So Close'. The album includes 8 tracks of which 7original, and one classical. In this album ANgel shows off more of a modern side of his composition skills, making the music more interesting to listen. The third album that ANgel is about to release is on a topic concerning the situation of the world. The title is mentioned a few times to be named the 'Broken World' album. So far, ANgel has released Five singles off the album one of which is named 'Who Am I?' - released in late July of 2014. The second single is named 'Disconnected' released in January of 2015. The third single gets the title "The Knight Spirit" and it is being released in May of 2015. The fourth leading single off the album is "Save Me From This Hell" . This single brings a first place in a world music platform charts for Austria. "Save Me From This Hell" was rated by the platform to be the best modern classical musical piece done in the last decade. "Save Me From This Hell" stays at number 1 for consecutive 5 months.

Darkness
Am I a Champion?
Disconnected
So far...Yet...So Close
Save me From this Hell
Candle Light
"Dream" Night
The Knight Spirit
Who am I?
On the Edge/no to drugs
New Chance
I just Like to Do It that Way
Night time Rock'N'Roll
Feelin'Da Beat
Can't take It No More
Felicita
Spirit
Reality
Romantid Dance
Another Day
Farewell
Intro
Piece with No Name
Broken World
Let it Rain
Customer questions

My line-up could be viola or a vocal.

I am very flexible and make sure that the event runs as smoothly as possible.

Usually about half an hour to set up.

My set lists are crafted from my performnces worldwide and learning what works best to ensure guests dance and have an amazing time. We are happy to chat to satisfy your desires for the event.

Yes, absolutely! I bring my own equipment to play acoustically.

If a song is not included there is a very big chance I know it and will probably know to play right away. If you like me to learn I am happy to do this for you.

My clients adore that I write my own music. They always tell me how much they are moved into pisitive direction by listening to my music.

Standard Prices
All prices include:skype consultation and up to 3 unique song choices for your occassion

Watching ANgel performing live at the "Fire of Orpheus"musical tale at Cadogan Hall was one of the most beautiful performances I have ever heard . I left so inspired for just living my life and full of positive energy. Thank you ANgel for the beauty you brought to my World.

ANgel played at our country pub in November. His presence created an amazing atmosphere and his terrific performance kept us in a very posotive spirit. He deffinitely has a talent! His love for music and genuis performance is undeniable. We look forward to have him back on the stage here.

ANgel was the cherry on the cake for our wedding ceremony and reception. He played our chosen selection of songs flawlessly and entertained everybody till early hours. He is an amazing artist with anglic touch that can be felt in his music. Thank you so much for your amazing performance on our special day