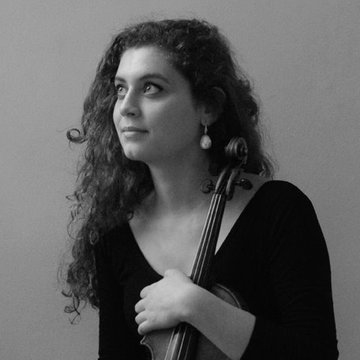 Check availability and get a free quote now - no commitment to book
From£180
About Ana
Reviews
Home page
Ana do Vale
Like Ana?
Watch & Listen

Ana is a Portuguese violinist based in the UK.
Violinist
London

In June 2019 Ana was appointed as Tutti 2nd Violin at the BBC Scottish Symphony Orchestra. Prior to her appointment with the BBCSSO, in 2016/17 Ana was a member of Southbank Sinfonia – alongside this Ana developed a busy freelance career with orchestras including Royal Liverpool Philharmonic Orchestra, Glyndebourne Tour Orchestra, London Contemporary Orchestra, BBC Philharmonic, Orquestra XXI and BBC National Orchestra of Wales. Aside from her orchestral career, Ana also is also in demand as both a chamber musician and soloist, giving performances regularly in both the UK and Portugal. Born in Barcelos, Portugal, Ana started to play the violin at the age of six. Between 2007-2010 she attended ARTAVE, a leading school of young musicians in Portugal – where she studied with José Ricardo Reis. In 2010 Ana moved to London to study at the Royal College of Music where she learned from Lutsia Ibragimova, before completing a Masters degree in 2015 at the Guildhall School of Music & Drama under the guidance of Krzysztof Smietana.