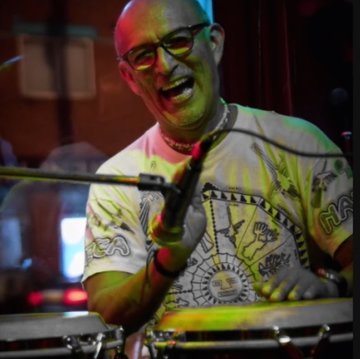 Formed in 2012 Amarea has played at the Snape Brazilian festival over a number of years, the 'Vamos' at the Mouth of the Tyne festival and at 'Jazz on the Waterfront in Ipswich as well as New College Oxford and Wold music venues in London like Jam in a Jar and Bun and Bar. Recently Eliana Rosas has replaced Daida Carbonell as she now lives in Barcelona.

'Thank you for coming and playing at Flipside. Amarea were wonderful, and I received a great deal of positive feedback with everyone saying how much they enjoyed it'