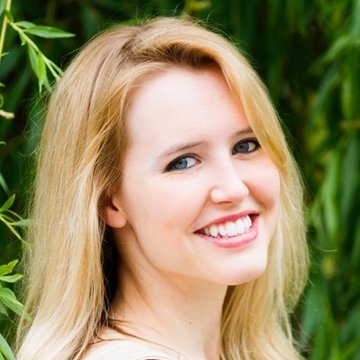 Alice is a highly experienced, professional singer available for weddings, events & studio sessions in London and around the UK
3 of 6 photos
Singer
London
Public liability insurance of £10 million

Alice is a professional singer who is highly experienced in all types of vocal performance and recording work. She has sung at many prestigious venues and events including the Royal Albert Hall, the Royal Opera House, the National Theatre and the Regent Street Lights Switch On, and has also performed on BBC One and BBC radio. Other career highlights so far have included being a soloist at Proms in the Park with the Royal Philharmonic Orchestra and appearing in a film of The Little Prince opera, for which she recorded the soundtrack at Abbey Road Studios alongside Lesley Garrett and Aled Jones. She was also featured as a solo vocalist on the original recordings of several Shakespeare 4 Kidz musicals and on two albums for renowned a cappella group, The Oxford Gargoyles, as well as on many radio adverts as a session vocalist. Alice performs regularly at corporate events, private parties and weddings around the country both as a solo artist and as lead vocalist for various musical ensembles. She has just completed a residency at Aldenham Country Park performing with the acclaimed classical crossover group Divinae, and can frequently be seen performing at Hanbury Manor Hotel and Country Club. She also sings with and manages vocal jazz trio The Blondettes. Alice is committed to providing the perfect entertainment for your event and will tailor her performance to suit your requirements, whether you need a solo act, duo or band accompaniment. She provides all her own equipment and goes the extra mile to guarantee a hassle-free experience for you and a dazzling performance for your guests. Line-ups: Can perform as a solo artist with backing tracks or accompanied by one of the following: Piano Acoustic guitar Small band (guitar, bass, drums and optional trumpet)

Alice sang in the church while we signed the register and she had most of the congregation in tears. It was a really special moment and something we'll never forget.

To sum it up, professional, dynamic and simply awesome. I would highly recommend Alice for any event you are planning, you won’t regret it!

Alice is the show's saving grace, her rich and textured soprano emotionally resonant with a tender sweetness.

Highest praise must go to Alice, who bossed the soprano solos all night long and was the powerhouse behind the melodies.

Alice sung beautifully at Tamara’s wedding, I had a ton of people coming up to say how wonderful she was - top top ratings.

Once again thank you so much for making our day so special with your beautiful singing. Alice joined us on 6th January 2018 to sing during our wedding ceremony and drinks reception and she was nothing short of outstanding. Alice sings beautifully and she was a pleasure to work with before the wedding in accommodating our song choices which we really appreciated. All of our guests could not speak highly enough about Alice and her amazing voice. We cannot thank you enough Alice for making our day so extra special. Thank you!

Thank you so much for your amazing performance, you definitely made it extra special. Everyone was amazed with your voice.

Everyone enjoyed the music and song choices. My guests and I really enjoyed the performance, everyone thought it was a nice touch. Thanks for making my 40th birthday party memorable.

Alice was professional to work with and went above and beyond by filling in an extra 15 minutes of singing that she wasn’t expecting, due to the bride being late and for this we are so very grateful! We have had endless comments from our guests about how fantastic Alice was and her performance of Ave Maria and Pie Jesu was simply breathtaking!

It was a pleasure meeting Alice, a very charming young lady, always smiling and had a fabulous voice. Alice really made my daughters wedding special from singing in the church and again at the reception. I would recommend Alice and last minute musicians, as the service is first class.

You made my daughter's day so special and you are such an amazing performer, always smiling and we can't thank you enough. Would highly recommend you

It was excellent and Alice was amazing. Thank you so much for your help I will definitely book with you again and always Alice!

Sarah B, 7 years ago

Alice sung at our wedding, both in the ceremony and at the evening reception - she even learnt our first dance song specially! She is not only an incredible vocalist but very helpful and professional to deal with in the planning stages. I would highly recommend her - our guests haven't stopped raving about her fabulous voice and she really did help to make our wedding day the best day of our lives!

Singers in the UK
Singer (Mezzo Soprano)s in the UK