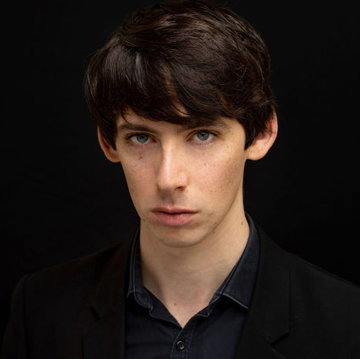 All round classically-trained Baritone, recently graduated from Royal Birmingham Conservatoire. Also a Songman in the Choir of York Minster.
3 of 7 photos
Singer (baritone)
Birmingham
Public liability insurance of £10 million

Alistair Donaghue is a graduate of the Royal Birmingham Conservatoire, where he studied Vocal and Operatic Performance as a Bass-Baritone. Originally from Northampton, Alistair started his singing career as a boy chorister at All Saints Church, before joining the National Youth Choir of Great Britain. Until January 2019, Alistair was the Senior Lay Clerk at Birmingham Cathedral, featuring as a soloist on their recent broadcast of Choral Evensong on BBC Radio 3. He also conducted the Ex Cathedra Boys Academy and was the Musical Director of the City of Wolverhampton Choir. Alistair is now a Songman in the choir of York Minster, and is also a member of the Ex Cathedra Graduate Scholarship Scheme, working closely with Jeffrey Skidmore and performing regularly with Ex Cathedra. Outside of choral singing, Alistair has experience appearing in many operatic productions at the Royal Birmingham Conservatoire, as well as performing in the chorus of the Dorset Opera Festival 2016, and also with Leeds Youth Opera. Notable performances include Blow Venus and Adonis (Title role), Strauss Die Fledermaus (Dr. Falke), Verdi Macbeth (Chorus), Tchaikovsky Eugene Onegin (Chorus) and Rossini La Cenerentola (Alidoro).

Excellent. I would thoroughly recommend Alistair.

Thank you for all you have done, for being so supportive and excellent at what you do. It has been hugely appreciated

thank you for your excellent singing on Saturday. It was a demanding day for you, with lengthy rehearsal, a lot of different solo bits to do and all the chorus work on top, but you brought it off splendidly