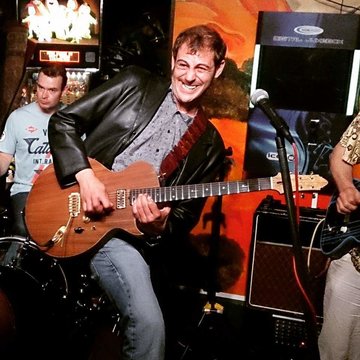 I am a conservatoire graduate with ATCL & LTCL Diplomas in Classical Guitar recital. I have 20 years experience in performing professionally
Electric Guitarist
Lincoln
Public liability insurance of £10 million

Aidan began studying Classical Guitar at the age of 14 and within just 4 years he had completed Grade 8 with The Associated Board of the Royal Schools of Music, passing with Merit. Following this he immediately commenced concert level study under Rob Johns - one of the UK’s most highly respected recitalists and teachers. Following 4 years of study with Rob, Aidan started giving professional recitals himself and teaching Classical Guitar in his hometown of Lincoln, UK. Now a fully fledged professional, Aidan decided to apply for the prestigious Recital Diploma’s with Trinity College London. Within two years, he had completed both the Associate and Licentiate Diplomas, making him an honorary graduate from one of the world’s largest and leading conservatoires. The Associate Diploma was awarded with Distinction. Aidan has now given recitals extensively in the UK, Germany and France, and has an internet video channel showcasing his wide ranging repertoire. Aidan has pioneered concert works by the Finnish composer Einojuhani Rautavaara, creating the very first moving image recordings of works such as ‘Monolgues of the Unicorn’. Now firmly established in his home county of Lincolnshire, Aidan is known for his powerful technique and sensitive interpretations of the Classical Guitar’s core repertoire, as well as a master of more modern works that break boundaries and explore new territory, opening up new possiblities in the sound world of the guitar. Aidan’s teaching has led countless students up to Grade 8 standard, with many of his students at this level going on to specialize in higher education Classical Guitar at some of the most prestigious conservatoires in the UK.