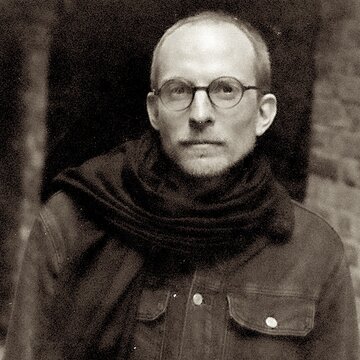 Adrian is an established and experienced folk guitarist, pianist and Bulgarian tambura player.

As a guitarist Adrian performs regularly at major folk festivals in the UK and Europe with trio Alma (featuring leading English folk fiddlers John Dipper & Emily Askew) Stepling (featuring champion clog dancer Toby Bennett) and fiddler/composer James Patrick Gavin. He played for eight years with critically acclaimed folk and early music experimentalists Horses Brawl releasing three acclaimed albums with Laura Cannell and performing at major UK festivals, arts centres and live on BBC Radio3. Other highlights include performing with Radio 2 folk-award winning singer Bella Hardy, with Macedonian singer Tanja Tzarovska (Troy, The Passion of the Christ) at the Barbican concert hall London, and with leading British flamenco guitarist Steve Homes at Lewes guitar festival. Adrian studied music at City University with piano lessons at the Guildhall School of Music and Drama graduating in 2001. He gained an LRSM performance diploma in June 2015. Recent piano/organ performances include the Norwich based Voice Project as pianist and improviser working alongside jazz Saxophonist Andy Sheppard, Norwegian Trumpet player Arve Henriksen and British pedal steel player B.J. Cole. Most recently performing site-specific pieces 'Lost and Found' at City Hall Norwich, involving performing a 40 minute improvised Bartok-esque prelude to the performance - and the nocturnal piece ‘Arms of Sleep’ for the Norfolk and Norwich Festival, including recitals of pieces by Chopin and Liszt. Initiating Confluence Project, a multi-media piano improvisation performance project in 2016, Adrian has performed at The ‘Cello Factory - Southbank London, Anteros Arts Foundation - Norwich, and at Cley Calling Festival, North Norfolk, taking exploratory lessons with leading pianist/improviser Alexander Hawkins.Over the past 10 years Adrian’s obsession with the wonky rhythms of east has taken him on bus trips to Bulgaria to learn tambura (8-string long-necked lute). He studied there with tambura-playing phenomenon Vladimir Vladimirov who has been teaching him the in’s and out’s of traditional ornamentation and improvisation. Since then Adrian has been busy writing Horos (dance tunes) and performing on tambura – the highlight of which has been meeting and collaborating with UK–based Serbian singer and composer Jovana Backovic and becoming part of ArHai. Performance highlights include RichMix London alongside many UK world music festival performances and arts centre performances.

"Three Dollar Shoe were fantastic at our wedding: great sound, great music, a great caller and infinite patience - we were terrible on the dance floor. Everyone loved it"

"They have heart, pack a punch and had everyone on their feet laughing and dancing; they gave us a Ceilidh at our wedding reception that was a raucously good time. Full of warmth and professionalism to boot, we can't recommend the band enough."

A great sound, a great presence, a great night!

It was a MASSIVE hit. Such a hit, in fact, that our guests asked them to keep playing all night and we never got on to the 3 hour dance playlist I'd spent days compiling! The caller had great presence and enthusiasm and got everyone dancing like seasoned highlanders very quickly. I hadn't met Adam before the day itself, although we'd spoken on the phone and exchanged emails about what we wanted, yet he and his band fitted in perfectly to the feel and style of the event. I have already recommended them (very successfully) for another friend's wedding and wouldn't hesitate to do so again. I couldn't fault them; they were perfect.