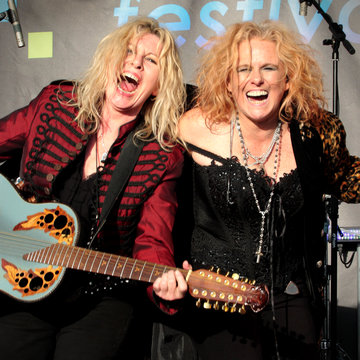 Check availability and get a free quote now - no commitment to book
From£180
Watch & Listen
About Nikki
Reviews
Home page
Nikki Lamborn
Like Nikki?
Watch & Listen
Watch
Listen
1 of 1 video
Never The Bride - The Living Tree (In Concert At The Stables Theatre)

We are the nucleus of the female fronted band Never the Bride. We can also work as a duo and offer a more intimate experience.
2 of 2 photos
Keyboardist
London
Public liability insurance of £10 million

We are a duo with lead female vocals and live keyboards with an eclectic repertoire to amaze and delight. Lead vocalist is Nikki Lamborn and on keyboards, Catherine, fondly know as The Been and we have been together for many years primarily as a duo that developed into a full 6 piece band called Never The Bride. Having been invited to play many private parties for friends and fans as a duo, we started to enjoy being Never The Bride's ' bit on the side' and so thought to formalise it with our duo called "A Bit on the Side" So if you want a duo, you got it - however we can augment with various line-ups up to a full 12 piece band. (please see below for Never The Bride's pedigree) PS - we're not showing off here, it's just we've been lucky enough to do some wonderful things in the years we've been together. As Never The Bride, we have been touring the UK and Europe for many years, we are constantly on the road and in fact Bob Harris, BBC Radio 2 has said "Never The Bride are one of the best live bands in Britain today". We have played at Wembley Arena with The Who, The Royal Albert Hall with Elton John, Glastonbury Festival with Dame Shirley Bassey, Ronnie Scotts, The Borderline London and The Viper Rooms LA. NTB have performed with The Who, Eric Clapton, Pretenders, Chaka Kahn, Robert Plant, Paul Rogers, Elton John and more.

Nikki Lamborn has the best female rock voice since Janis Joplin and I know what I'm talking about, I knew Janis." (Roger Daltrey)

Never The Bride, an absolutely brilliant British band. They are fantastic on stage and they've really built up a reputation of being one of the best live bands in Britain. (Bob Harris)

You're luminous - Carlos Santana to Nikki at 02 Arena 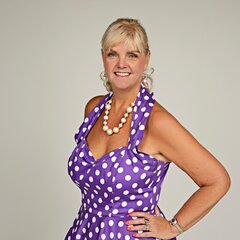 I have been to 3 of their live performances - and always been blown away by their musical skills and Nikki's amazing voice. They are truly a great live band, with talented musicians, and brimming over with personality and entertainment. The songs are a mixture of covers and originals. Both delivered with passion and emotion. From the beautifully haunting lyrics to the kick-ass keyboard skills, these girls always deliver the goods.. Fabulous entertainment, excellent musicians, and stunning vocals.. what more do you need for a fantastic band for your event.