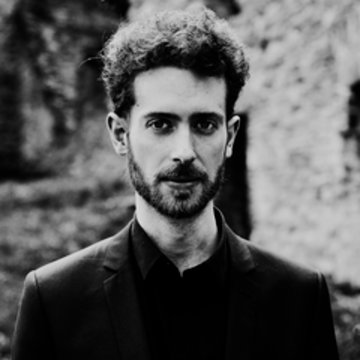 Ricardo Gosalbo is a Spanish-French collaborative pianist. He is a Junior Fellow in piano accompaniment at Trinity Laban Conservatoire of Music and Dance and a Spanish vocal music coach at Guildhall School of Music and Drama, where he has also held a fellowship. A devoted champion of Spanish vocal music, he serves as artistic coordinator of the Spanish Song and Zarzuela Festival in London and habitually curates events involving Spanish music. Ricardo performs regularly with singers, his repertoire ranging from German Lieder and French Mélodies to Spanish Canciones and Cabaret Songs. He has performed at venues such as the Barbican Hall, the Wigmore Hall, St Martin-in-the-Fields and Kings Place in London, the Chapelle Royale in Brussels, the Salle Cortot in Paris, the Gewandhaus in Leipzig, the Kulturpalast in Dresden and the Filharmonia Narodowa in Warsaw. He has also appeared on BBC Radio 3 ‘InTune’. A multifaceted music collaborator, Ricardo is a member of the Deco Ensemble, renowned for their eclectic and colourful programmes of classical masterpieces and Argentinian 'Tango Nuevo'. He has also worked extensively with contemporary dancers and choreographers, having performed with the Tanztheater Wuppertal Pina Bausch, the Deutsches Fernsehballett and the Polish Dance Theatre. His credits as a performer include Iain Burnside’s ‘Journeying Boys’, and the Bertold Brecht Festival in Augsburg. He has directed his own adaptation of Richard Strauss’ melodrama ‘Enoch Arden’ at the Milton Court Theatre in 2014. Ricardo studied piano at Trinity Laban Conservatoire of Music and Dance with Ilana Davids and Mikhail Kazakevich, and piano accompaniment at Guildhall School of Music and Drama with Eugene Asti, having been awarded a scholarship from the Guildhall Trust Fund. He also studied composition in Germany with Helmut Zapf. His tutors have included Ian Burnside, Sarah Connolly, Brigitte Fassbaender, Juan Diego Flórez, Graham Johnson, Martin Katz, Ben Luxon, Malcolm Martineau, Ann Murray, Ian Partridge, Peter Schreier, Roger Vignoles, Sarah Walker and Susan Youens. He has won numerous prizes including the 'Prix de Lied' at the Concours International de chant-piano Nadia et Lili Boulanger, the Guildhall Piano Accompaniment Prize, the Oxford Lieder Young Artist Platform and the Paul Hamburger Prize for voice and piano duo.

[...] concluded their recital with a « Zueignung » (Richard Strauss) of all beauty