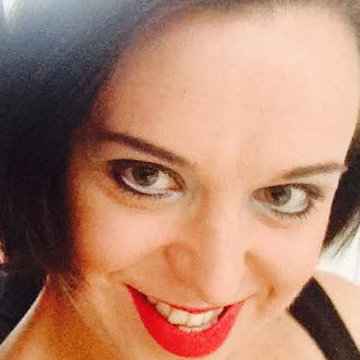 Check availability and get a free quote now - no commitment to book
From£180
About Katherine
Reviews
Home page
Katherine Cooper
Like Katherine?

Katherine Cooper read English at University College, Oxford, and completed a doctoral thesis on John Cowper Powys, taking private vocal training alongside her academic studies. Since making her opera debut in 2004 as Mrs Grose in The Turn of the Screw, she has established a reputation for 'compelling theatricality' (Opera Magazine) and a 'rich, plummy, distinguished mezzo’ (Opera Britannia), with credits including the title-roles in Rossini’s La cenerentola & L’Italiana in Algeri and Gluck’s Orfeo as well as Sesto (Giulio Cesare), Dejanira, Dorabella, Donna Elvira, Cherubino, Mercédès, Flosshilde (Das Rheingold), Miss Jessel and Nancy (Albert Herring). She specialises in bel canto and baroque repertoire and sang in the modern-day premieres of Hasse’s Il Siroe and Artaserse and Vinci’s Il Medo with Ensemble Serse. Recent engagements on the concert-platform include Mahler's Des Knaben Wunderhorn (with Ian Bostridge and Oxford University Orchestra), Elgar's The Music-Makers, the Mozart, Verdi and Durufle Requiems, and Mendelssohn's Paulus and Elijah. Plans for 2017/18 include Rachel in the world premiere of Marco Galvani's new chamber-opera Autopilot Saves Model S, and role-debuts as Adalgisa in Bellini's Norma and The Angel in Elgar's Dream of Gerontius. Katherine currently studies with the Austrian tenor Florian Thomas.

'Cooper shows immense promise (she might well turn to Wagner) as Adalgisa.'

[Cooper] conveys Adalgisa's sensuality through her smoky mezzo-soprano tones. We are left in no doubt as to why Pollione has become so smitten by her beauty and consequently leaves Norma for this dark woman from the forest of the druids...Her movements and gestures are full of conviction that one usually sees in a Shakespeare play.

singer (Mezzo Soprano)s in the UK